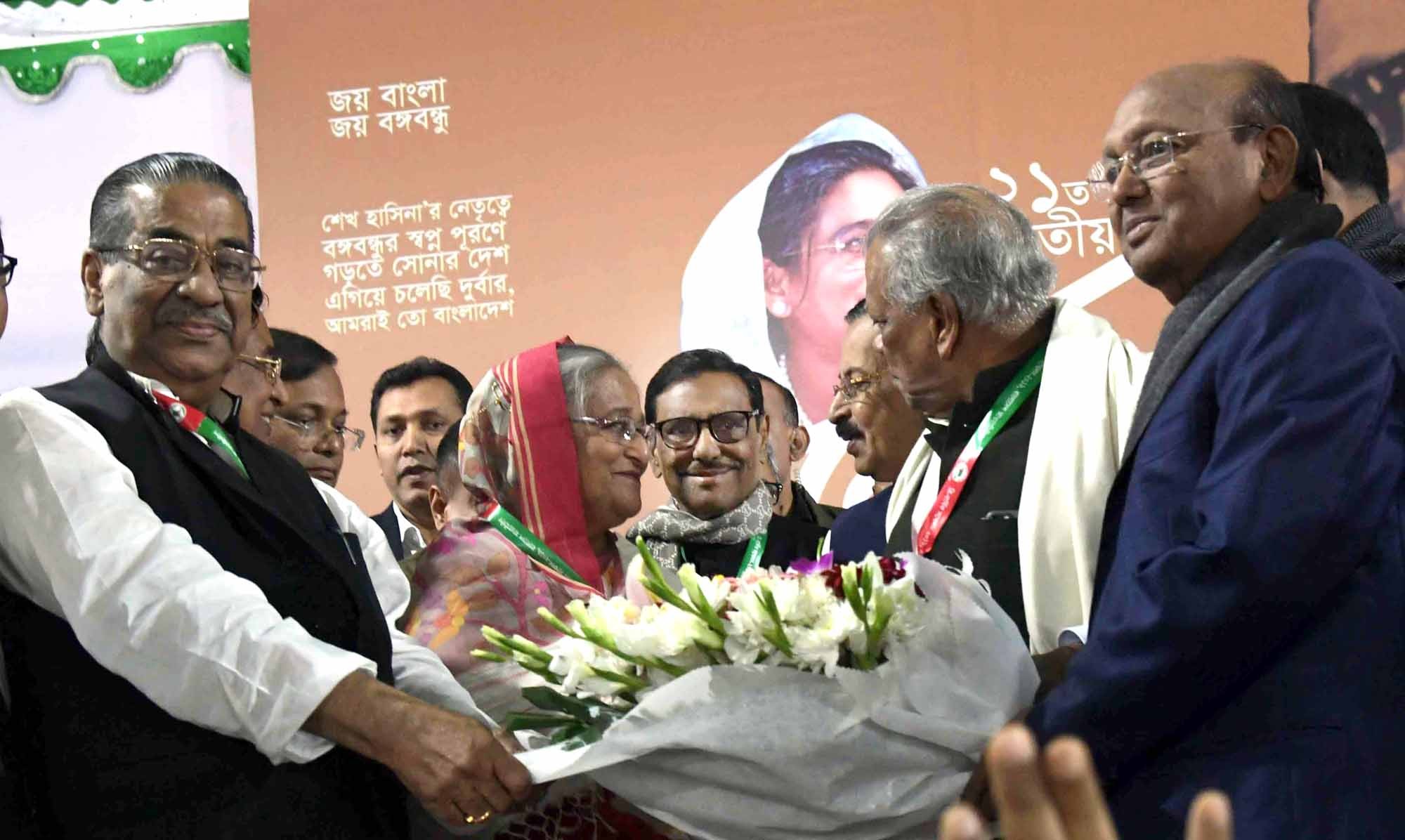 He came up with the disclosure while talking to reporters at the secretariat.

Quader said a party presidium meeting is scheduled to be held on Tuesday and the committee will be formed after discussion at the meeting on the day.

Besides, he said, the names of working committee members are yet to be announced.

Besides, Obaidul Quader was also reelected unopposed general secretary of the party for the second term.

Party councillors elected them for the next three years on the second day of the two-day council at the Institution of Engineers, Bangladesh in the city.

Three new faces -- Shajahan Khan, Jahangir Kabir Nanak and Abdur Rahman-- were inducted into the AL presidium, while no-one of the 14 presidium members of the previous committee was dropped from the party’s highest decision-making body.