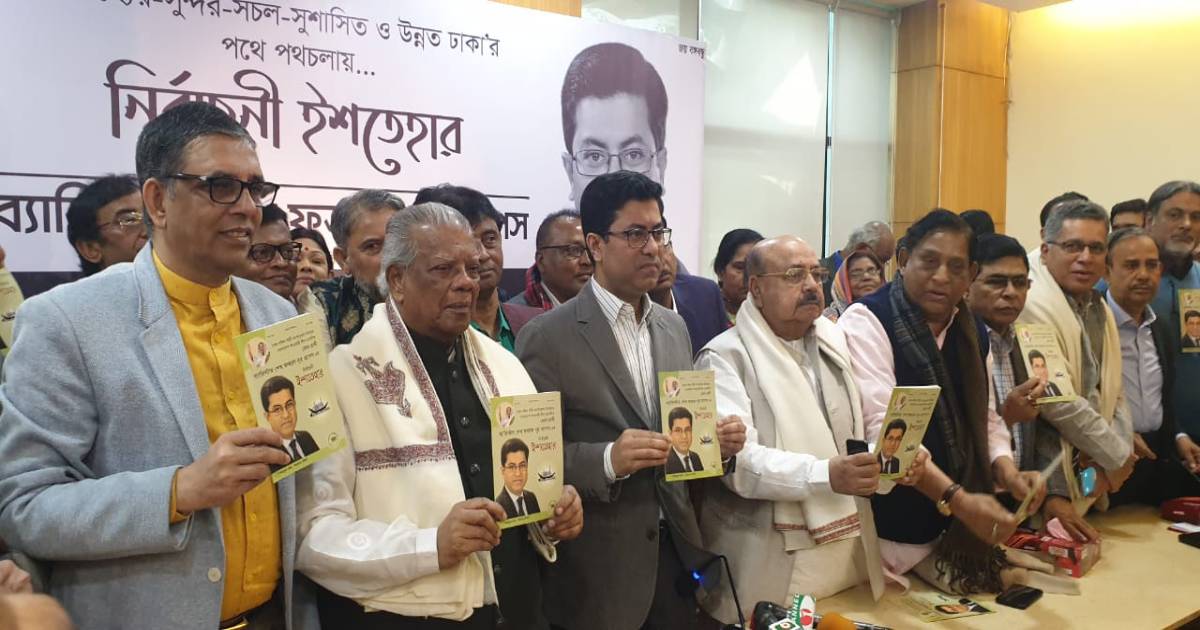 He announced the election manifesto at the central Awami League office at noon.

Taposh said, “I will build the Dhaka central jail area as heritage site. I will build museum and art gallery with coordinated efforts and will preserve and restore the traditional characteristics of Old Dhaka through a master plan.”

He said he will take steps for development of slums in the city and providing housing facilities for the  cleaning workers,  he said.