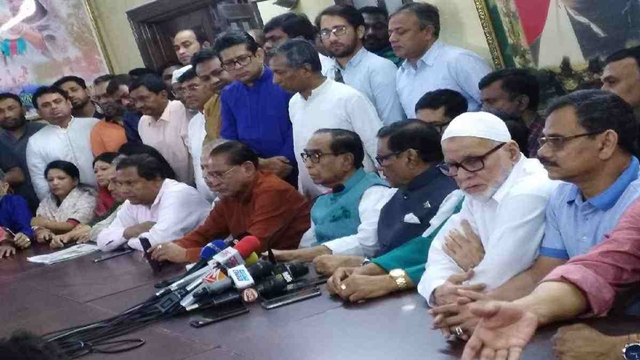 Terming Pirojpur district judge’s stand release as an issue of the Law Ministry, Awami League General Secretary Obaidul Quader on Thursday said the government believes in the rule of law and independence of the judiciary.

“If there’s any misunderstanding between law and judiciary, they will have to resolve it themselves. We won’t comment as a party,” he said at a views-exchange meeting with leaders of Awami League’s Dhaka City North unit on Mujib Year celebration program at party chief’s Dhanmondi office.

He said Awami League is looking into the issue and take action if it finds any deviation.

“We took action instead of feeling embarrassed if the criminal belonged to our party. We’ll take action in such cases. Criminals are under surveillance and they won’t be spared. Prime Minister Sheikh Hasina has taken a tough stance,” he said.

Asked about BNP’s comment over the stand release of the Pirojpur judge, he said the party searches for issues. “It’s a matter of the Law and Justice Division. We have nothing to do here,” he said.

The stand release of District and Sessions Judge Abdul Mannan was issued just four hours after he denied bail pleas of former Awami League MP AKM Awal and his wife Lyla Parveen on Tuesday. Mannan has been attached to the foreign ministry.

The ex-MP and his wife were sent to jail in three separate corruption cases on charges of grabbing government land.