Shakib would like to take Messi with him to the moon 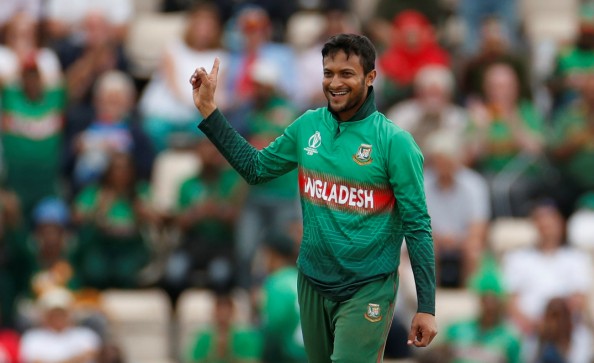 Bangladesh's Shakib Al Hasan expressed his admiration and love for the world's number one football player Lionel Messi as the star all-rounder mentioned he would prefer to take the Argentine with him if he ever gets the chance to go to the moon.

Shakib followed in on the footsteps of his teammate Mushfiqur Rahim when he decided to auction one of his favourite bats in order to raise fund for battling coronavirus crisis. And yesterday, in an online charity auction session, arranged by a page named 'Auction 4 Action' on social media, Shakib's favourite bat, which he used during the 2019 ICC Cricket World Cup in England, was sold for a price of 20 lakh Taka. It was bought by Raj, a Bangladeshi currently staying in the United States.

During the live charity auction session, Shakib took questions from fans around the globe. An interesting question came in from a fan, asking the premier all-rounder as other than his wife Shishir, who would Shakib take with him if he ever gets the chance to go to the moon.

"Messi," chuckled Shakib as he answered the question.

Lionel Messi, who plays for Barcelona and Argentina, has won numerous accolades in his career and is considered to be the best forward in the world. Messi, who has won a record six Ballon d'Or awards, has millions of fans around the world and it seems like Shakib, who himself has many accolades to his name, is also a huge fan of the Argentine superstar.