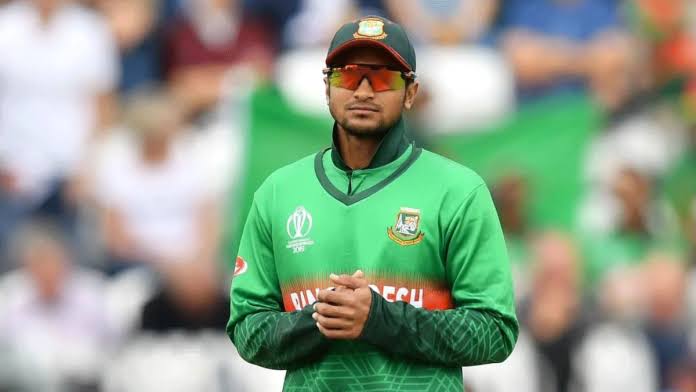 Shakib and Nabi both have 271 rating points, but Nabi is on top with a fractional advantage.

Shakib had risen to the top spot with good performances in the preliminary stage of the ICC T20 World Cup where he picked up nine wickets and played a couple of 40+ knocks.

But his lack of form and being ruled out of the World Cup with a hamstring injury led to him dropping points, leading to him losing 24 rating points and drop to second.

Nabi also lost four rating points but it was still enough to keep him at the top.

Bangladesh had three bowlers in the top 10 of the bowling rankings, but all of them dropped down in the latest update.

There were two new entries for Bangladesh in the top 100 of the bowling rankings as Shoriful Islam climbed to 38th with Taskin Ahmed at 97th.

There were changes at the top too as Sri Lankan leg-spinner Wanindu Hasaranga climbed to the top, dethroning South Africa’s chinaman bowler Tabraiz Shamsi.

Bangladesh opener Mohammad Naim had a rise as he moved up to 13th after his two fifties in the World Cup.