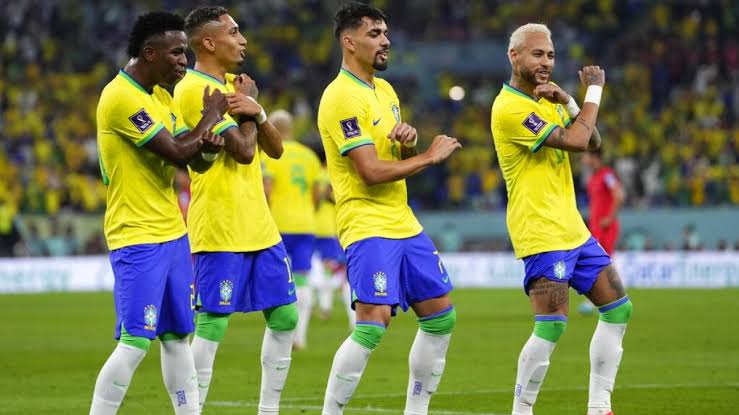 Neymar returned from injury to help inspire Brazil to a 4-1 victory over South Korea on Tuesday as the favourites cruised through to the quarter-finals of the World Cup.

The world's most expensive player had sat out his team's last two matches with a sprained ankle suffered in their first game in Qatar, a 2-0 win over Serbia.

But he came back for this last-16 tie as Tite's team clicked into gear and delivered an ominous message to their rivals, at least before easing off in the second half.

Vinicius Junior opened the scoring inside seven minutes before Neymar added another from the penalty spot to move to 76 goals for his country, leaving him just one away from equalling Pele's all-time record tally.

Richarlison's brilliant goal made it 3-0 and Lucas Paqueta added another before half-time to leave South Korea shellshocked.

Paik Seung-ho pulled one back but by then Brazil were thinking about Friday's quarter-final clash with 2018 runners-up Croatia.

The five-time World Cup winners had not scored four goals in a knockout game at the tournament since 1998.

Here they played at times with the joy associated with the Brazilian national team, the players coming together to celebrate each goal by showing off their dance moves and their coach even joining in.

If they finished playing within themselves, their first-half display was superb and a fitting tribute to the great Pele.

The Brazilian legend had said he would watch the game from the Sao Paulo hospital to where he was admitted last week amid ongoing treatment for colon cancer, and supporters in Doha's Stadium 974 unfurled a banner with a get well soon message to him.

All of it was a chastening experience for Son Heung-min and South Korea, who have still never won a World Cup knockout match outside their own country.

Tite made 10 changes to the Brazil team after rotating his squad for the 1-0 loss to Cameroon which came after qualification for the last 16 had been secured.

Danilo also returned from injury at left-back, while Eder Militao was the only player to keep his place and shifted across to right-back.

With Alisson Becker back in goal and Thiago Silva and Marquinhos playing too, this was Brazil's first-choice defence but their forwards quickly put the tie to bed.

The opener came from their first shot on target in the seventh minute as Raphinha burst away from Kim Jin-su on the right and his ball across goal came to the feet of Vinicius who coolly picked his spot.

They then won a penalty as Richarlison was caught by Jung Woo-young and Neymar duly beat Kim Seung-gyu -- his last six goals for Brazil have now all come from the spot.

Alisson was then called into action to tip over a vicious long-range effort from Hwang Hee-chan, but Brazil then scored their third in style just before the half-hour mark.

Richarlison juggled the ball on his head three times just outside the area before laying it off to Marquinhos and then continuing into the box to get on the end of Silva's pass which he slotted home for his third goal at this World Cup.

Paqueta then got their fourth nine minutes before the break with a first-time finish as he connected with a Vinicius ball held up from the byline.

They could have added more in the second half had they not taken their foot off the pedal, although Raphinha was denied on more than one occasion by the goalkeeper.

Korea though deserve credit for keeping going and they were rewarded inside the final quarter-hour as substitute Paik brought down a headed clearance and sent in a ferocious shot from 25 metres that brushed off Silva to beat Alisson.

The Brazil goalkeeper was then taken off for the final 10 minutes to be replaced by Weverton, while Neymar was also withdrawn with Tite's mind on Croatia. 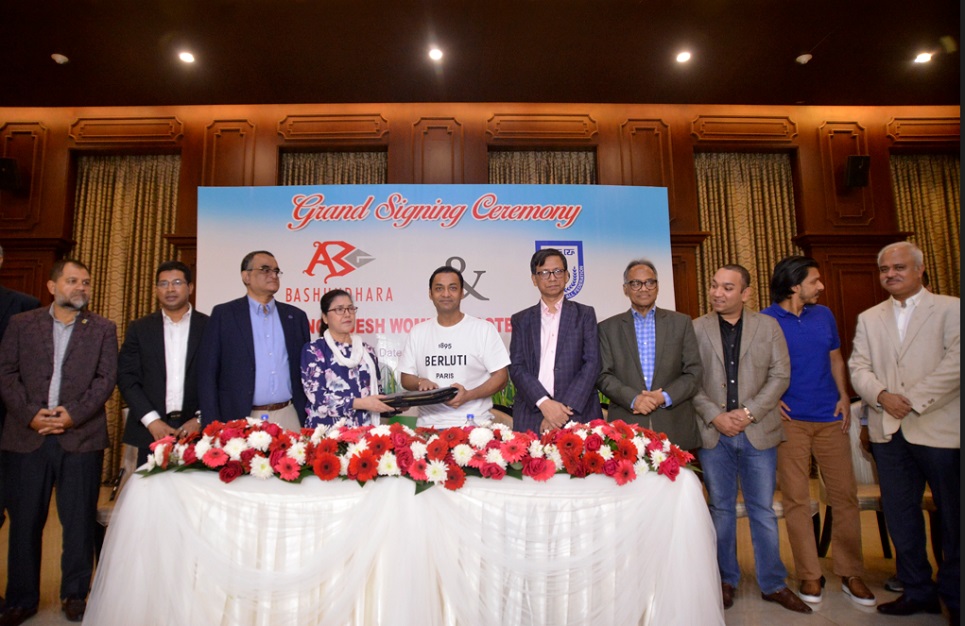 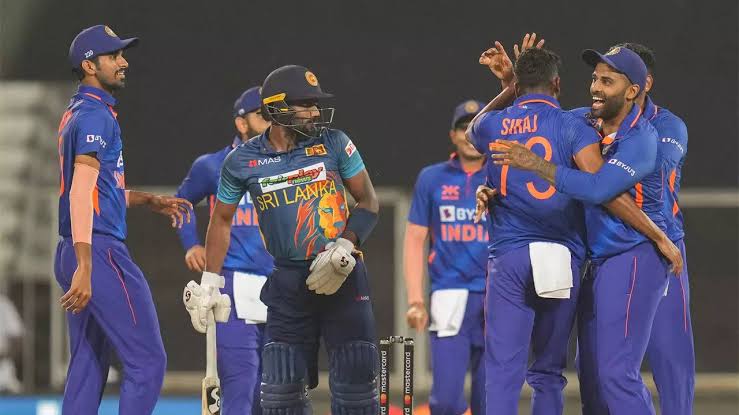 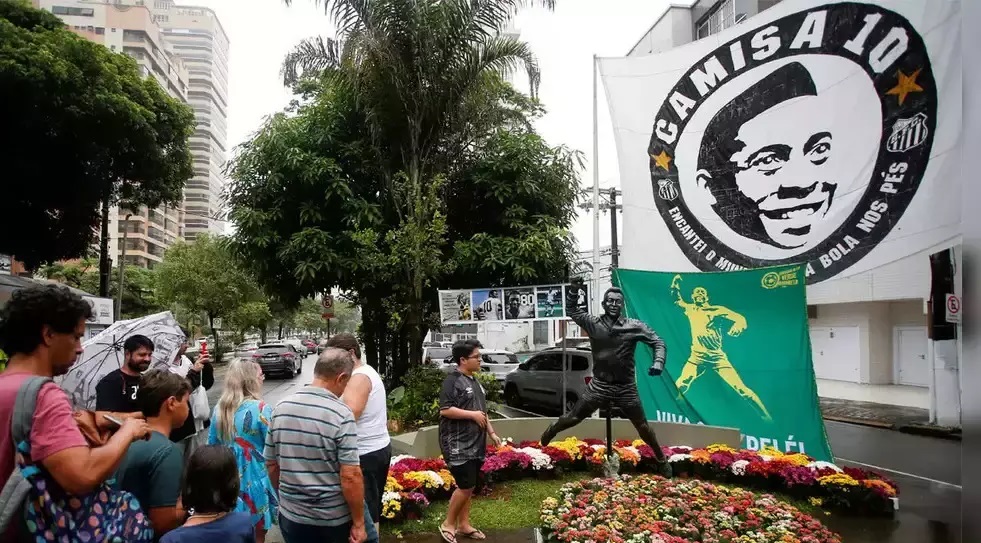 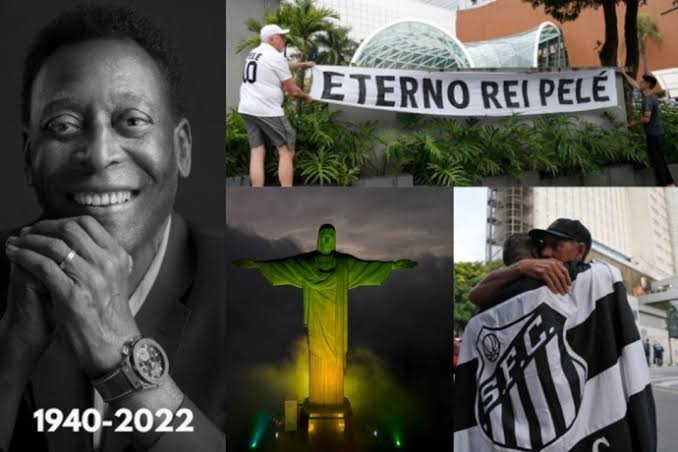 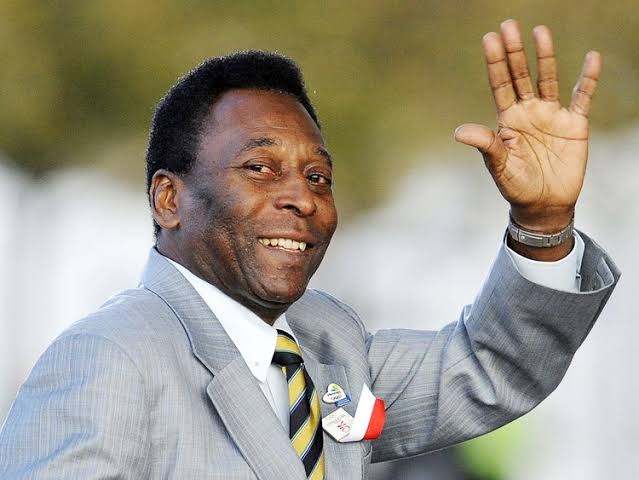