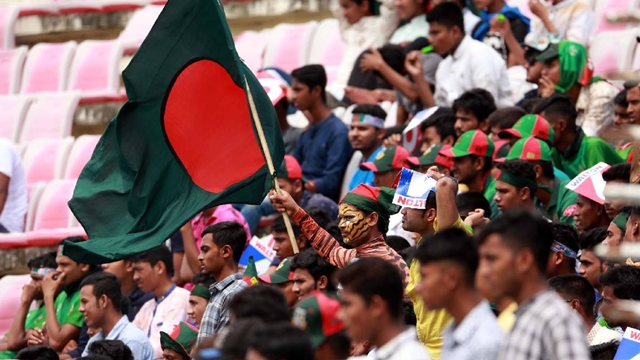 Resuming their overnight score 194 for eight, the hosts added only 11 runs more in four overs on the third day morning. Bangladesh lasted only 17 minutes aiming to bat as much as possible to stretch their innings.

For Afghanistan, Rashid Khan registered his second five-wicket haul in Test cricket. He ended on five for 55 in 19.5 overs.

Earlier, Bangladesh lost their first wicket in the first over without scoring any run. They struggled to make any big partnership. Rashid ripped through Bangladesh’s middle-order as he picked up the wickets of Liton Das, Shakib Al Hasan, Mushfiqur Rahim and Mahmudullah Riyad in quick succession. Bangladesh never recovered that blow.

Mominul Haque, the left-hander, hit a fifty which was Bangladesh’s only 50-plus individual score in the game. Mossaddek Hossain remained unbeaten for 48.

Afghanistan won the toss in this match and opted to bat first. They accumulated 342 runs in the first innings, which is now their highest Test total.

Rahmat Shah was the main pillar of Afghanistan’s innings as he hit the maiden Test ton (102) for Afghanistan. Asghar Afghan (92) was close to hitting another ton but fell short of eight runs. Rashid also impressed with the bat (51).

However, securing a big lead of 137 runs at the end of first innings of both teams, Afghanistan are clearly ahead of Bangladesh in Chattogram. To get rid of this situation, Bangladesh need to come up with a strong batting display in their second innings.