Walker the hero as City comes back to beat Southampton 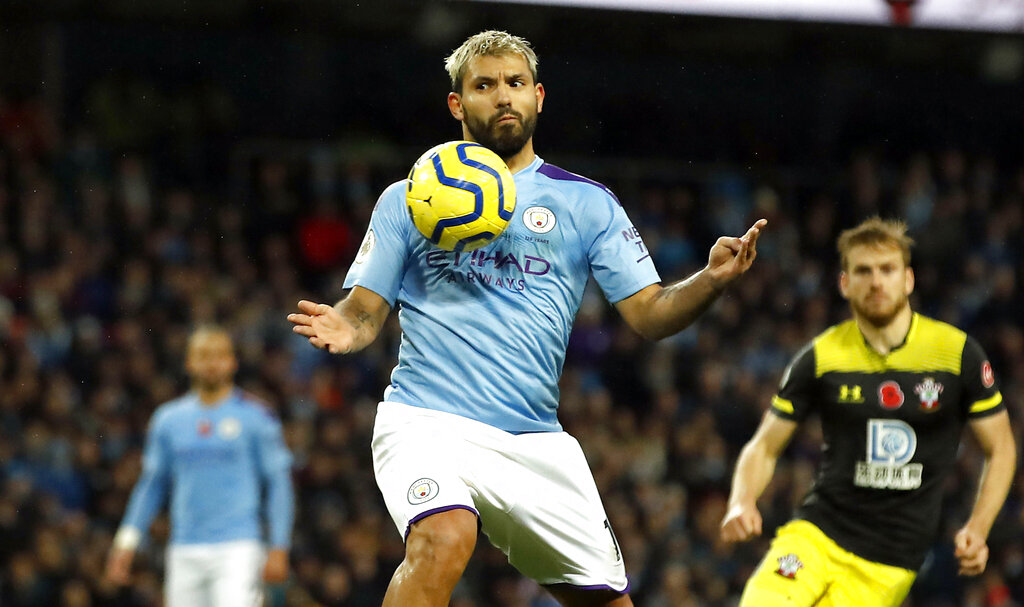 Kyle Walker scored one goal and set up another as he engineered a comeback 2-1 win for Manchester City against Southampton in the English Premier League on Saturday.

After losing its last league game 9-0 to Leicester, Southampton took a surprise lead in the 13th minute when City goalkeeper Ederson spilled a shot into the path of James Ward-Prowse, who scored on the rebound.

The Southampton defense kept City at bay until the 70th when Walker sent in a low cross for Sergio Aguero to score.

Walker made it 2-1 in the 86th after Southampton goalkeeper Alex McCarthy failed to deal with a cross from Angelino.

"We stuck to our game plan, stayed patient and it worked as we came away with the three points," Walker said.

"It's tough when teams put 11 players behind the ball. We have players who can spin a game on its head and we did that today," he said.

Before Walker and Aguero launched City's comeback, the frustration among the Sky Blues was clear.

Ilkay Gundogan had three shots blocked or deflected, while Aguero and John Stones both headed over.

At one stage, manager Pep Guardiola even resorted to sprinting down the touchline to gather a loose ball and get it back into play, rather than wait for the ball boy.

When City's winning goal went in, title rival Liverpool was losing to Aston Villa 1-0, but Liverpool left its comeback even later to secure a 2-1 win, keeping a six-point gap to second-placed City.