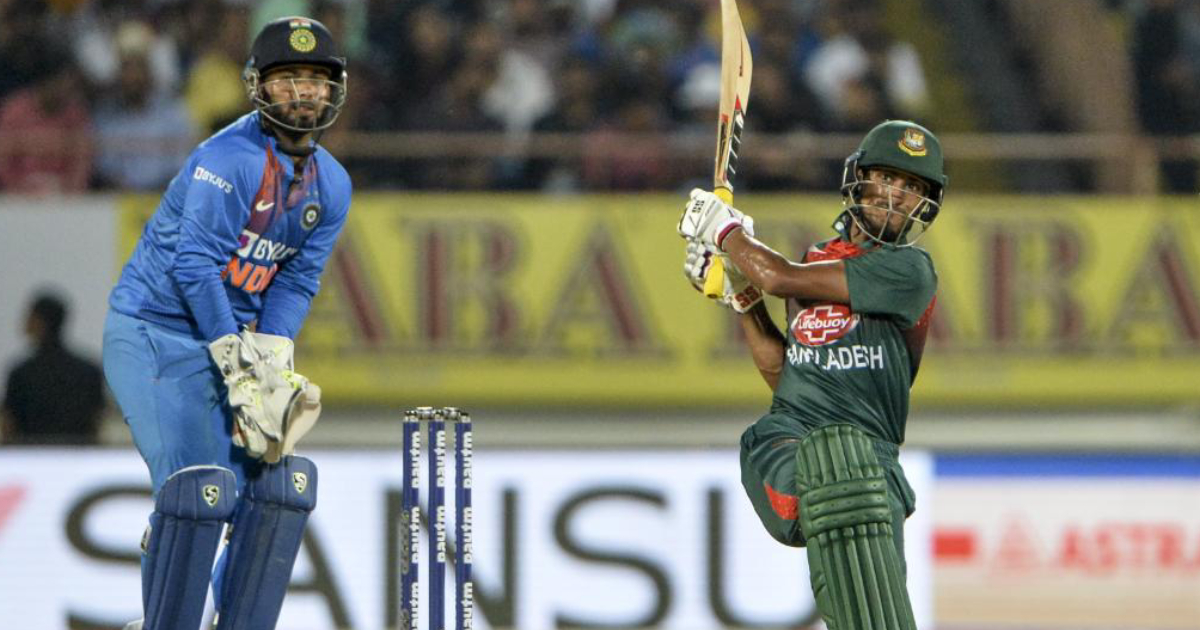 Due to poor batting display during the crunch moment, Bangladesh lost the T20I series 2-1 to India with a 30-run defeat in the third game on Sunday in Nagpur.

While going to 130 from 110, Bangladesh lost four wickets, which was proved to be the main reason behind Bangladesh’s downfall in the game.

Deepak Chahar bagged six wickets conceding 7 runs, which is now the World record of the best bowling in T20I cricket. Deepak passed Sri Lanka’s Ajanta Mendis who was the holder of the record bagging six wickets for 8 runs.

Mohammad Naim, who made debut in the first game of this series, hit his maiden T20I fifty coming to his third game. He ended on scoring 81 off 48 with 10 fours and two sixes. However, his superb effort went in vain for the poor display from others.

Beside Naim (81) and Mohammad Mithun (27), none of Bangladeshi batsman reached the two-digit score in the game.

Despite losing two early wickets, Bangladesh posted 106 runs in 12 overs, and they were good enough to chase down a big total. But in the next over, Mohammad Mithun, who got the chance for the first time in the series with this game, fell prey to Deepak Chahar. Before falling apart, Mithun and Naim added 98 runs in the third wicket stand.

However, Bangladesh got the heart-breaking blow when Mushfiqur Rahim suffered a golden duck while facing Shivam Dube.

Bangladesh posted 125 for five in 15 overs, and they needed 50 runs in the last five overs. The onus was on Mahmudullah Riyad and Mohammad Naim. But Naim fell in the 16th over off Shivam who later hunted Afif Hossain for a duck as well. Afif missed to judge the pace and returned a catch to Shivam to get dismissed.

The Tigers found themselves in a cliff edge when they needed 49 runs in the last four overs. The job became tougher when Mahmudullah was removed by Yuzvendra Chahal during 17th over.

Eventually, Bangladesh got all of their wickets for 144 runs in 19.2 overs and lost the game by 30 runs. And with this, they lost the series 1-2.

While Deepak bagged six, Shivam Dube picked up three important wickets to pave the way for India to seal the series.

Earlier, India posted 174 runs for five riding on the fifties of Lokesh Rahul (52) and Shreyas Iyer (62). India lost two wickets inside the powerplay while facing Shafiul Islam. The right-handed pacer removed Rohit Sharma in the second over before sending Shikhar Dhawan backed to the pavillion as his second prey.

Highest-run getter Shreyas was dropped by Aminul Islam when he was on zero. Shreyas took the advantage notching up a wonderful innings.

Soumya made double strikes during the 17th over conceding only five runs.

In the last five overs, India amassed 45 runs, and eventually, they ended on 174 for five in 20 overs. Manish Pandya, who got a chance in place of Krunal Pandya, remained unbeaten on 22 off 13 deliveries.

Shafiul and Soumya bagged two wickets each conceding 22 and 29 runs respectively. Mustafizur Rahman was poor yet again as he gave away 42 runs without bagging a wicket. This is the first time he conceded more than 40 runs in a T20I without any scalp.

Bangladesh now have to face the hoss in two-match Test series with the first match will take place in Indore from November 14 and the second and final Test will be hosted by Kolkata from November 22.