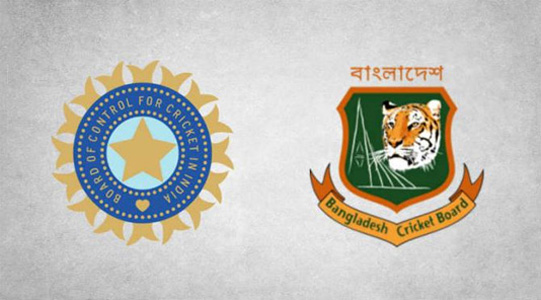 Bangladesh hopes against the hopes to push India vehemently, which many teams had of late found incredibly tougher on Indian soil, as they take on the hosts in the first Test at Holkar Stadium in Indore tomorrow.

With the Test, which starts at 10 am BST, Bangladesh begins their World Test Championship journey and it can’t be tougher than anything else in the cricket world at this moment.

Playing India against their home is always the toughest job and in recent years, the rise of Indian pacers made the whole situation more unbearable for the tourists.

Bangladesh though did exceedingly well in the three-match T20 series, winning one match at Delhi, which was beyond imagination. That much needed victory came on the back of a tumultuous period of country cricket.

Before the start of the tour, Bangladesh lost their best player and regular captain Shakib Al Hasan due to the ICC ban and beforehand he led a successful players’ strike against BCB, leaving the country’s cricket in an uncomfortable state.

The T20 victory came as a relief. Even though they lost the series by 2-1 after coming agonizingly close to win the series deciding third game, Bangladesh at least could console them that they didn’t India to make it a cakewalk.

Test cricket however is all together a different proposition. Bangladesh, which turns to 19 in cricket’s elite format on last November 10, so far played 115 Tests and lost a staggering number of 86 matches.

They won just 13, drew 16 and most of the draw came thanks to the rain blessings. Against India, Bangladesh played 9 Test and lost 7. The two matches they drew against India, largely courtesy for the rain.

The stat itself suggested how vulnerable they are in Test cricket. Bangladesh even lost their last Test to Test cricket’s newest nation Afghanistan by 224 runs and that too at their own den.If their last match is taken into consideration, even a diehard Bangladeshi fan would not see any chance of Bangladesh’s honorable defeat against India, let alone the victory.

That India whitewashed South Africa in three-match series recently with winning the last two Tests by innings margin, is the stat that made any team shivering down the spine. In the past when overseas teams were scared of India’s spinners, of late they found India pacers tougher than the spinners.

When one would judge the players’ performance of both team, they would also see a gulf off difference.

Compare that to India’s premier willow wielders – Virat Kohli (26 hundreds), Ajinkya Rahane (11), Cheteshwar Pujara (18), Bangladesh’s newly appointed Test skipper Mominul Haque has highest century for the side with 8 although Mushfiqur Rahim and Mahmudullah are committed cricketers, but in the longest format, they aren’t exactly formidable names.

India’s bowling unit is with 800-plus scalps, while Mustafizur Rahman is the most experienced Bangladeshi bowler with 13 Tests.

Bangladesh’s recent Test form and traditional vulnerability coupled with India’s form suggested that the match is going to be mismatch. But one thing is in Bangladesh’s favour-their unpredictability-when no one gives Bangladesh any chance, the Tigers used to alter this thing by pulling off massive surprise. The Delhi T20 victory was the burning example of that.

“If we look back, no one gave it a thought that we would win a T20 match, that too on India soil. But we have the belief on our ability. Whatever the situation is, every time we get down the field, we try to win the match. Sometimes it happens, sometimes it doesn’t happen,” Bangladesh middle order batsman Mohammad Mithun summed up the team’s character.

Bangladesh made it clear that they would try to play session by session and would try create pressure, knowing that even the best batting line up of the world could crumble under sustained pressure.

India, who remained unbeaten so far and led the World Test Championship point table with 240 points, revealed they won’t take Bangladesh lightly specially when all the points are very important.

However, while Bangladesh’s most of the big victories at home came in the designer pitch, which was slow and low, they would get a sporting wicket here in Indore.

The Indore curator Samandar Singh Chouhan revealed the pitch would carry even bounce and both the pacers and spinners would get even advantage. It’s the type of pitch in which Bangladesh always feel vulnerable. But still they hope for the best.