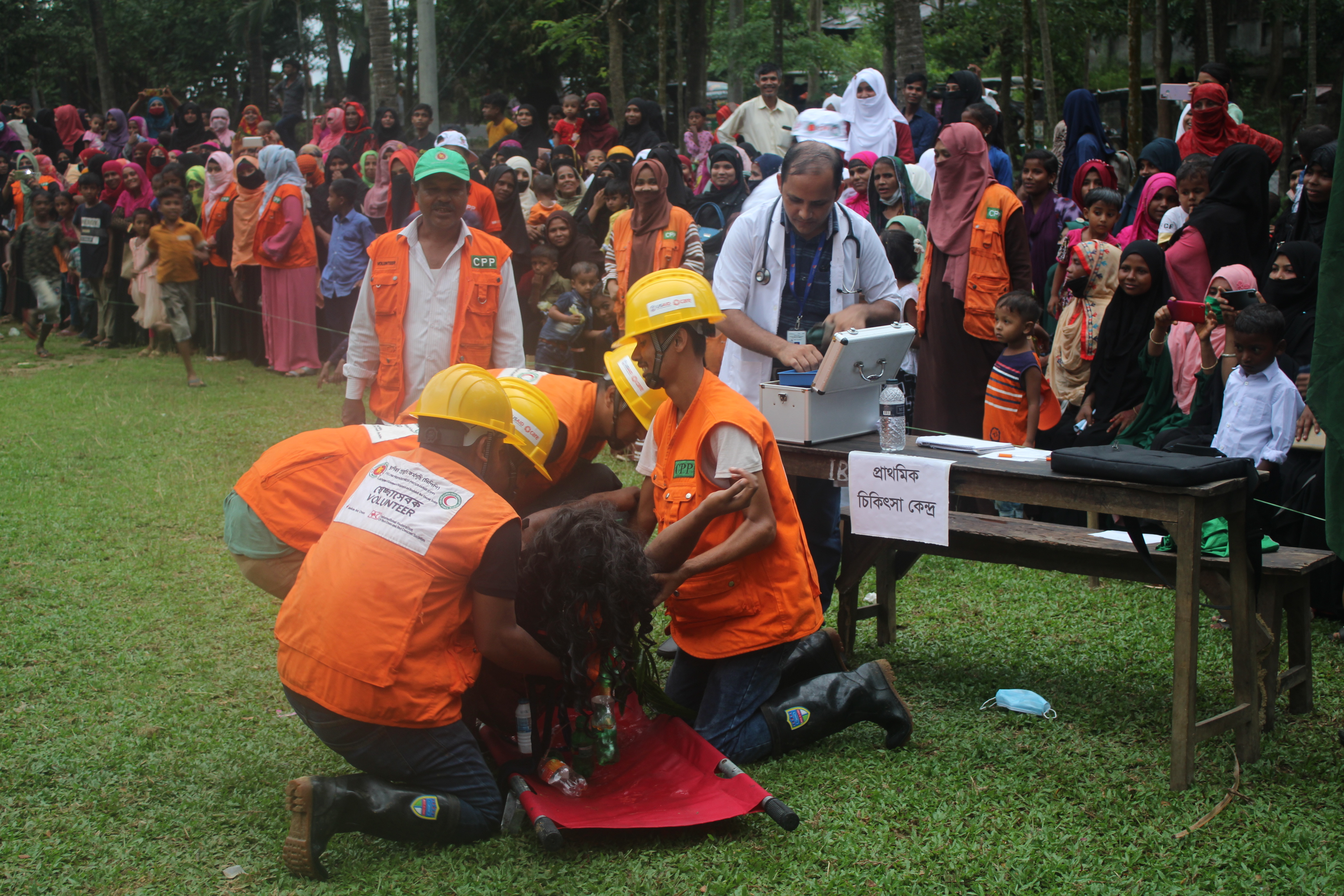 COAST Foundation has been working for socio-economic development in coastal districts of Bangladesh for a long time.

From 25th August 2017, the organization also been working for Forcibly Displaced Myanmar Nationals (FDMN) with support from Tearfund in Cox’s Bazar.

Besides, Cox's Bazar district one of the disaster-prone areas and often experienced by various natural calamities including cyclones, landslides, flash floods fires, etc. These natural disaster effects on life and livelihood. Despite being a disaster-prone area, the people has a lack of preparedness and awareness to deal with these disasters.

In this relation, an DRR mock drill was held at Ramu Upazila by support of Tearfund. 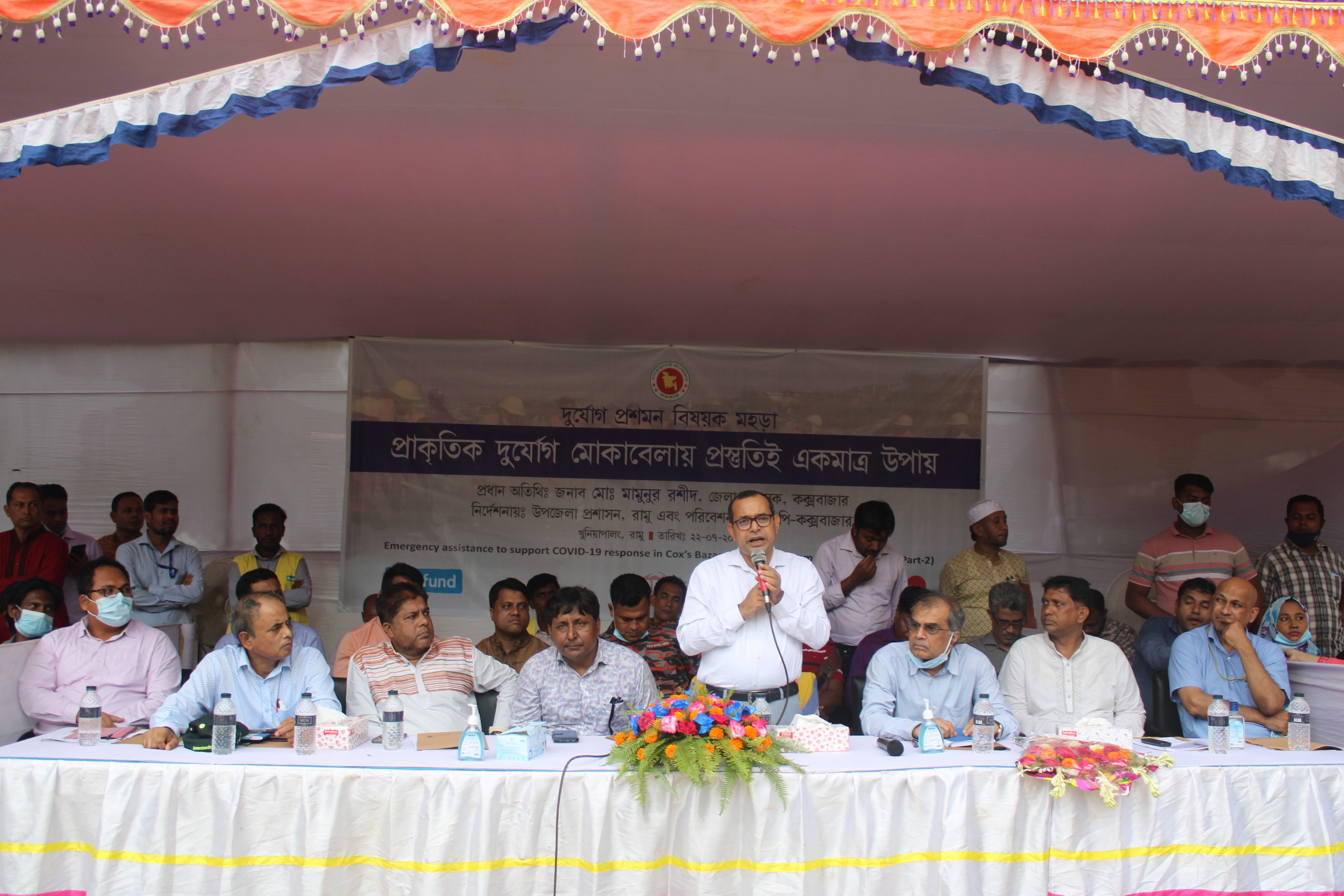 Deputy Commissioner Md. Mamunur Rashid was present as the chief guest on the occasion.

In his speeches, he said, “CPP's role is historic in natural disaster management. This types of demonstration by volunteers can safe life and livelihood if disaster happen".

He also said that "awareness and pre-preparedness can reduce the damage caused by disasters,". He also thanked COAST and Tearfund for organizing such event.

Sanjeev Bhanja, the Country Director of Tearfund thanked the Government of Bangladesh and said that Bangladesh is making remarkable progress in disaster management. He also expressed hope that through this exercise will help the local people what to do before the disaster. He also expressed that these types of support will be continuing in Cox’s Bazar.

Rezaul Karim Chowdhury, the Executive Director of COAST Foundation said, "District Commissioner is legally the local guardian of any NGO. He requested the DC to ban use of plastic in Rohingya camps. He also requested for saving underground water management in Cox's Bazar area which is gradually decreasing. He said after the arrival of the Rohingyas, COAST was the first responder. We provided dry foods and then cooked food. He thanked Tearfund because they supported the Rohingya response at the beginning of the crisis. Tearfund is also constantly supporting the socio-economic development of the local affected people.

Talking about CPP, he said- “CPP is the friend of coastal people. It is because of the CPP's activities that the calamity losses have come down to single digits”.

Abdul Haque Company Chairman of Khuniapalong Union Parishad said such activities of will help to prepare the local people if disaster happen.

In the opening speech, the Deputy Executive Director of COAST, Sanat Kumar Bhowmik thanked and welcomed everyone. He expressed that local people will be able to protect their lives and property during disasters by the learning of the event.

They have demonstrated what to do during cyclones, landslides, floods, floods caused by heavy rains, rules for keeping dry food, teaching children to swim, making stoves during floods, how to keep safe drinking water, what to do in case of fire, etc.