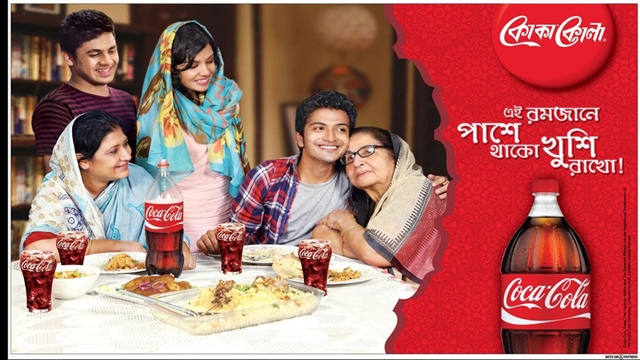 Coca-Cola Bangladesh, on the occasion of Ramadan, has brought month-long campaigns titled ‘Taste The Sehri’ and ‘Bashay Iftar’.

Through the ‘Taste The Sehri’ campaign, food lovers of Dhaka will get free Sehri Nights ticket upon buying Coca-Cola and Food combo from the capital’s 63 popular and renowned restaurants.

The consumers can also win tickets to Sehri Nights by taking photos with the Coca-Cola and Food combo and posting it on their Facebook with #TasteTheSehri, says a media release.

Also, they can win a 2.25 litre bottle of Coca-Cola by participating in a game called ‘Puzzle in thirties’.

‘Bashay Iftar’, another Ramadan campaign of Coca-Cola aims at creating a happy moment for people and bringing their families and friends closer over an Iftar meal by celebrating Ramadan’s spirit of sharing and togetherness.

Coca-Coca in association with Radio Foorti is running the campaign that will continue till 25th Ramadan and during this period, a participant will be declared winner everyday.

By correctly answering the questions asked by Radio Foorti RJ, the listener will win Iftar along with a case of Coca-Cola on behalf of Coca-Cola family.

As part of the campaign, a QR code will also be displayed on Nagorik television channel’s screen from 3pm to 8pm and from 10pm to 12pm for 20 days.

The participant, who will scan the QR code floated on the television screen through his mobile phone, will be taken to the Coca-Cola website. Then he will have to answer a simple question and give detailed information about that answer.

Everyday 10 participants will win a case of Coca-Cola.