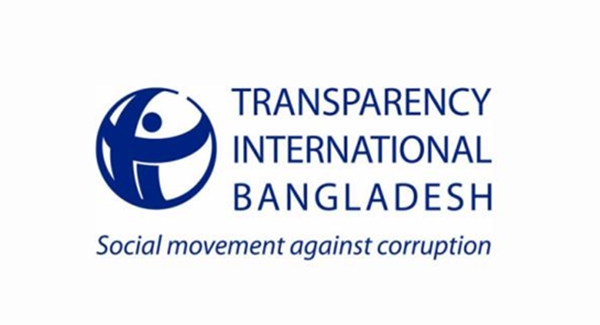 Transparency International, Bangladesh has urged the government to repeal the ‘suppressive’ sections of the Digital Security Bill 2018 which has been passed recently in the parliament amid huge opposition from different quarters.

TIB also demanded a review of the entire bill, as it has apparently become, according to them, a law against freedom of speech guaranteed by the constitution.

The anti-corruption watchdog expressed its concern over the Digital Security Bill through a press note on Tuesday.

Taking the 30 September meeting between the Editors' Council and the government representatives as a positive step, the body expressed doubt whether the meeting would mitigate people’s fear about the Digital Security Bill.

Earlier, three ministers and concerned government advisors sat with the Editors' Council, a platform of editors of the country’s national dailies, where law minister made a commitment to work out amendments to the security bill to make it acceptable by all.

Executive director of TIB Dr Iftekharuzzaman said in the press note that the meeting between the Editors' Council and the government representatives is a positive step to address the concern regarding Digital Security Bill.

However, dialogues in the parliament, following the passing of the bill, that ignored recommendations from concerned bodies, is a matter of concern.

Partial review in the bill could not erase fear and insecurity among people as there are many sections in the bill that restricts media freedom.

He said enactment of law to ensure the government’s digital security is necessary, but at the same time it must also guarantee people’s constitutional rights to free speech.

TIB observed that there is no alternative but to review the entire bill in order to have a law in accordance with the country’s constitution.

On September 19, the parliament passed the bill amid a lot of opposition and concerns from journalists and rights bodies.