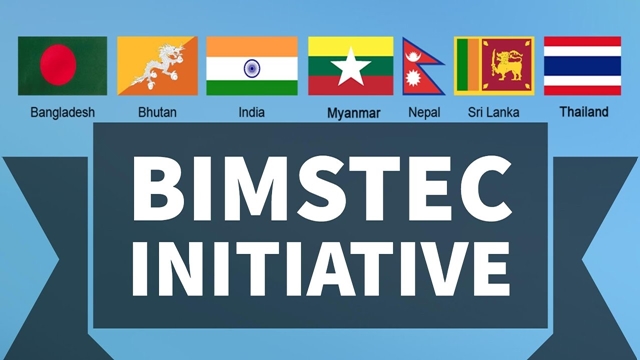 Scholars, think-tanks, government officials, diplomats, business leaders and other stakeholders of the Bay of Bengal region have convened in Dhaka to take stock of the seven countries grouping BIMSTEC’s achievements and chart a future course of action.

Foreign Minister AH Mahmood Ali inaugurated the daylong conference on Tuesday marking the 20th anniversary of the establishment of the Bay of Bengal Initiative for Multi-Sectoral Technical and Economic Cooperation or BIMSTEC.

It was established through the adoption of Bangkok Declaration in June 1997 to promote cooperation in the areas of trade, investment, technological exchange and other interrelated areas and contribute to peace, progress and prosperity in the region.

Bangladesh, Bhutan, India, Myanmar, Nepal, Sri Lanka and Thailand are the members of the grouping now.

In spite of the solid foundation of geographical contiguity and shared history and cultural ties, BIMSTEC has yet to make visible progress in advancing concrete cooperation among the member states.

Two recent developments, however, according to the BIMSTEC Secretariat, have generated renewed hope that BIMSTEC is poised to take off as a viable regional grouping.

First, BIMSTEC established its permanent Secretariat in Dhaka in 2014.

It is now being seen as an alternative to SAARC by some think-tanks following India-Pakistan tension leading to the postponement of the 2016 summit in Islamabad.

BIMSTEC connects South Asia with Southeast Asia, and serves as a platform for inter-regional cooperation between SAARC and ASEAN members.

It accounts for 21 per cent of the world population, providing huge potential for trade. But intra-BIMSTEC trade is very low mostly due to what experts say low level of economic integration within the region and a dearth of infrastructure, especially transport connections within those countries.

Secretary General Ambassador M Shahidul Islam said as the BIMSTEC process enters the third decade of its existence, the conference will take stock of BIMSTEC’s achievements and chart future course of the organisation. 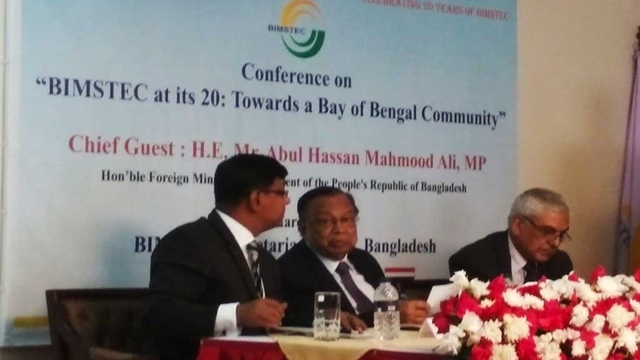 The conference titled "BIMSTEC at its 20: Towards a Bay of Bengal Community'' will contribute toward improved understanding and awareness about the potential of the BIMSTEC initiative as well as the challenges facing it currently, the Secretariat said.

There will be four working sessions where panellists will discuss the role of connectivity in BIMSTEC integration, role of people-to-people contact, security cooperation and economic integration in the Bay of Bengal region.

Three publications -- BIMSTEC Energy Outlook 2030, Twenty Years of BIMSTEC: Promoting Regional Cooperation and Integration in the Bay of Bengal Region and Bridging the Bay of Bengal: Towards a Stronger BIMSTEC -- would also be launched at the conference.