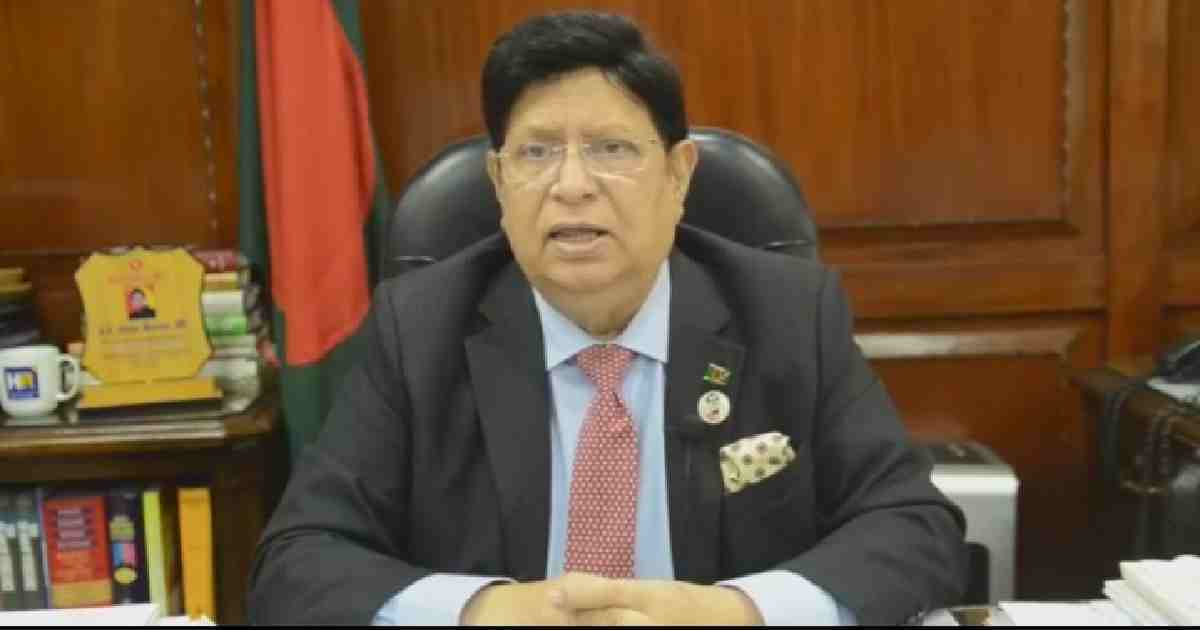 Bangladesh will not fall into the so-called debt trap due to its borrowing from China or India, Foreign Minister Dr AK Momen said on Tuesday.

Many critics argue that since Bangladesh has undertaken a large number of mega projects through borrowing from other countries, it may fall into debt trap but it is not true,” the minister said in his written speech in the Bangabandhu lecture series.

Bangladesh’s debt ratio is only 15 percent, which much below the IMF threshold of debt-trap.

When debt ratio of a country reaches 40 percent, that country debt trap as per IMF doctrine.

Taking loan from China and India will not lead Bangladesh to the debt trap or make the country dependent on them, he said.

“Our debt ratio with China is around 6.5 percent of India is 1.3 percent GDP. So, the apprehension of felling into the debt trap is not based on fact,” he explained.

And the argument that despite our thriving economy, the country‘s cost of borrowing is rising which is also not fact based, he added.

Now our cost of borrowing is around 1.3 percent only, said the minister.

He informed that the ministry has established 58 Bangabandhu centres in Bangladesh missions abroad to mark the Mujib centenary.

He said Nobel Laureate Professor AK Sen is likely to the keynote speaker in the next Lecture Series on Bangabandhu next month.

Terming Bangabandhu, an institution, Dr Momen said he was a visionary leader who spent his entire life specially to establish the rights of people, and to end discrimination, disparity and deprivation.

The Ministry of Foreign Affairs has recently established Bangabandhu Center for Diplomatic Strategy and Research at the Shugonda, the 1st office of Bangabandhu Sheikh Mujibur Rahman as the head of the government of independent and sovereign Bangladesh, he added.

“Bangladesh which was known as the bottomless basket is now a vibrant economy, a land of opportunity. Even post-Covid economy, its GDP growth rate is 5.4 percent, which is the highest in Asia”.

“Bangabandhu always said peace is essential for development. Therefore, we proposed to organise the ‘World Peace Conference’ in Bangladesh next year during the 50th year anniversary of independence of Bangladesh,” he said adding that it would be a gathering of peace lovers of all across the globe.