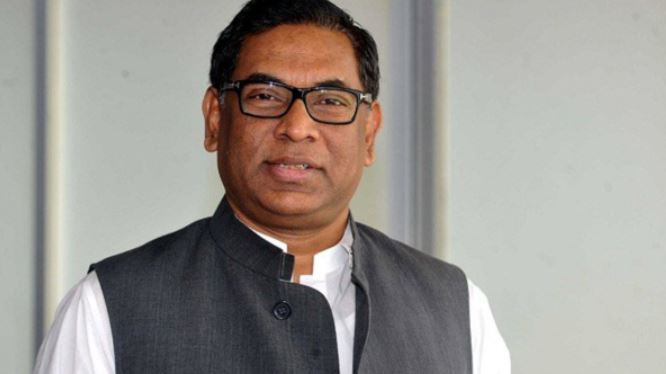 State Minister for Power, Energy and Mineral Resources Nasrul Hamid has said that the government will allow the private sector to commercially use the national grid for power transmission.

"A draft policy guideline has been framed to facilitate the private sector to commercially use the national grid", he told the Asia Pacific Ministerial Roundtable titled: 'Progress and Opportunities for attracting Private Investment over the next five years for their National Energy Transition'.

The Economic and Social Commission for Asia and the Pacific (ESCAP) and Sustainable Energy for All jointly organised the function on Tuesday.

He mentioned that the government has been encouraging private sector investment in the power and energy sector.

"We have already introduced a 15 years tax waiver, duty exemption on import of equipment. Sustainable and Renewable Energy Development Authority (Sreda) is providing logistic and technical support to the investors," he told the roundtable.

Nasrul Hamid said the government's incentives to the private sector have resulted in $12 billion investment in the country's power sector in the last one decade.

"We've planned to attract $50 billion private sector investment in the power sector in the next 12 years," he added.

"Agreements have been signed to set up 10 renewable energy plants in the private sector", he added.

He said the government has prepared a draft National Solar Energy Roadmap 2021-2041.

Nasrul Hamid said that some 29 companies have expressed their interest to invest in different segments of renewable energy.

He mentioned that investment in offshore wind, green hydrogen, floating solar; waste to energy, solar rooftops will add a new dimension in the country's energy sector.

He said the government has estimated a target to invest $21 billion to promote renewable energy, enhance the energy efficiency and transport sector under the Mujib Climate Prosperity Plan.