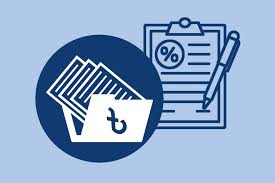 With this second-phase disbursement sluggishness in the backdrop, the third phase of the financial package commences this week only after 38 percent implementation of the past package amounting to Tk 330 billion as of June 30, according to the central bank officials.

In the first phase, execution of the package was 98 percent which helped revamp the global pandemic-hit economy of Bangladesh.

"Higher export earnings alongside full reopening of the overall economic activities have led to decrease in the demand for fresh loans in the sectors under the package," a senior official of the Bangladesh Bank (BB) said.

The foreign-owned companies did not avail such low-cost credits, which have pushed down the disbursement of loans under the package, the central banker explains.

In the second phase, the central bank extended financial support to the foreign industrial units, like the local ones, to help run their business activities smoothly.

There are three types of units - A, B and C - in the economic zones.

On the other hand, banks and non-banking financial institutions (NBFIs) had disbursed around Tk 146 billion of the stimulus package for the cottage, micro, small and medium enterprises (CMSMEs) until June 30 last, according to the central bank's latest monitoring report on the bailout package.

The disbursed amount was 73 percent of the total Tk 200-billion funds for the sector. It was nearly 77 percent in the first phase.

More than 80,000 Covid-19-affected CMSMEs across the country benefited through receiving the low-cost funds under the just-concluded first phase of the package, according to officials.

The stimulus package for the CMSMEs entered into its third phase on Sunday without amending any rules and regulations, they added.

The central bank is set to send fresh limits to the scheduled banks and NBFIs for the execution of the third phase of the stimulus package for CMSMEs to facilitate the rebound of the Covid-hit economy.

He also said the central bank would ask the banks and NBFIs to submit their branch-wise targeted distribution lists as early as possible.

Under the lending package, all types of borrowers will be entitled to enjoy interest subsidy at 5.00 percent for a period of maximum one year.

During the period, the borrowers will pay the interest rate at 4.00 percent out of the 9.0 percent under the package, while the remaining 5.00 percent will be paid by the government as interest subsidy to the banks and NBFIs concerned.

The borrowers who availed assistance from the first phase or second phase of the package would not be eligible for the third phase in line with the BB policy.

But lending to the borrowers will be continued in line with the 'bank-customer' relationship, paying 9.0-percent interest instead of 4.0 percent earlier, according to the central banker.

"The lack of prospective customers along with lower limit for trading- purpose loan pushed down the execution of the package for the CMSMEs sector," a senior executive of a leading private commercial bank said.