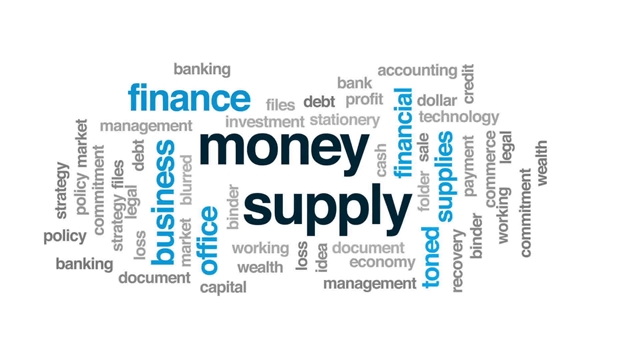 Growth of "broad money" continues to decelerate in the country that implies that the money supply to the economy is gradually contracting as the government tightens the purse strings, sources said.

Economists view that such belt-tightening is necessitated mainly by some deterioration in the country's balance of payments, on the one hand, and, on the other, under an impact of slow growth in net foreign asset of the banking system.

They believe there is need for tightening the noose around capital flight and augmenting both exports and remittances for attaining an expected level of broad money in banking system.

Such tightening casts cascading impacts on the economy at large as it impacts on the rates of interest both on deposit and lending--and usually such a situation makes investments expensive.

However, decline in broad money does usually help contain inflation. The country's economy has been experiencing some inflationary pressure in recent months, primarily due to increase in prices of food items.

As of January last, the broad-money growth was 10.14 per cent in a squeeze from corresponding period's 14.0 per cent in 2017, according to the outstanding stock prepared by the central bank of Bangladesh.

Broad money, or M2 in economic parlance, is a measure of money supply that includes all elements of narrow money of M1 and 'near money'.

M1 or narrow money, consisting of coins, currencies and demand deposits, is highly liquid while 'near money' is less liquid as it consists of time-deposits, money-market securities and mutual funds.

However, the half-yearly comparison of the broad-money supply should have been its half of yearly comparison but in reality here is also a fast fall. The calculation prepared by the Bangladesh Bank for June-December 2017 was 3.93 per cent. During December over June 2016 it was 4.11 per cent.

Dr Zahid Hussain, lead economist at the Dhaka Office of the World Bank Group, says this means that the money supply to the economy has been tightened.

He said that there is also fall in the reserve money or high-powered money which is very much important for the policymakers.

Reserve money consists of currency in circulation, bankers' deposits with Bangladesh Bank and other deposits with the central bank.

The World Bank economist said slow growth has some benefits like low inflation but, on the other hand, it spurs a rise in the rates of interest in the banking system.

"In my view, trade and commerce suffer at a time when the broad money slows down in terms of high rates of interest," Dr Hussain added.

Dr Ahsan H Mansur, executive director at the Policy Research Institute of Bangladesh, who had served as the division chief at the IMF's Middle-East office, said the net domestic asset (NDA) of the banking system, on the other hand, fell mainly owing to negative borrowing by government to fund its budget.

Dr Mansur said net foreign asset of the banking sector (NFA) was negative in December 2017 over June 2017, which usually remains in the positive territory.

The NFA of the banking system was negative 1.0 per cent due to a reduction that arose from the widening of the current-account deficit and deteriorating capital-and fiscal-account surpluses.

"It [NFA] used to dominate the money market and it even fell by 1.0 per cent during the second half of the 2017 calendar year," he said.

He believes that there were capital flights during the period, "otherwise it should not have so negatively impacted," he noted.

The policy analyst said the money from the banking system was somehow withdrawn during the period.

Local think-tank Centre for Policy Dialogue (CPD) in mid-January last noted the import growth of cotton was recorded at 75 per cent despite the fact that there is no correlation between its imports and apparel exports, hinting that there is capital flight through invoicing manipulation.

"There is no resemblance between export and import growth of garments and cotton," Dr Mustafizur Rahman, a distinguished fellow at the CPD, said at a programme.