Bollywood actor from the 90s, Urmila Matondkar is all set for a comeback to the silver screen with Irrfan Khan’s Blackmail.

The makers have shared a teaser for the special dance song that will feature Urmila and the song will also be launched on Friday.

Matondkar was seen with Himesh Reshammiya in a remake of the 1980 film Karz, titled Karzzzz in 2008. Ever since, she has been doing TV shows and Marathi cinema, and has not made an appearance in Hindi films.

Titled Bewafa Beauty, the song will mark the Rangeela star’s return to Hindi cinema after nine years. In the teaser, Urmila is seen dancing along with few others against the backdrop of a bar. 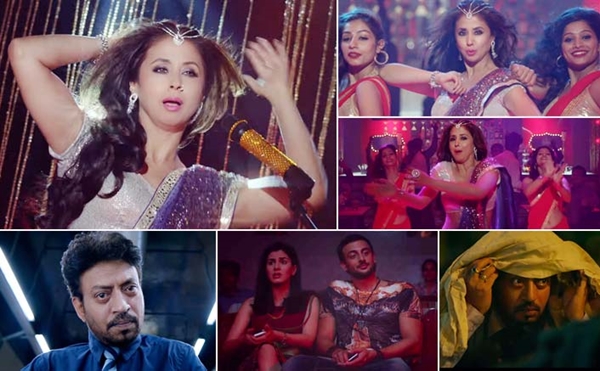 After Irrfan announced that he was suffering from neuroendocrine tumour and is undergoing treatment for the same, there were speculations that the film’s release may be delayed. However, Abhinav confirmed that there will be no change in the film’s release date.

Produced by T-Series’ Bhushan Kumar and RDP Motion Pictures’ Blackmail is slated to release on April 6.