‘Bishwa Sundari’ to release on December 11 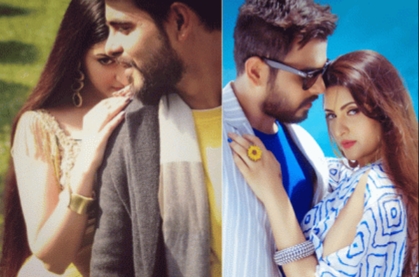 The movie ‘Bishwa Sundari’ will be released on December 11. Porimoni and Siam Ahmed cast main roles on the movie.

The director of the film Chayanika Chowdhury confirmed this information to journalists on Monday. The film is produced by Sun Music and Motion Pictures Limited.

Chayanika Chowdhury said, ‘Bishwa Sundari’ is the first film I have made. So, naturally I am excited about the release of the film. Hopefully, viewers will like the picture.

The song of the movie ‘Bishwa Sundari’ has become popular earlier. The song 'Tui ki Amar Hobi Re' from this movie has been viewed more than three crore times on YouTube.

The viewers of the song have liked the chemistry of Pori-Siam very much.

Porimoni said, ‘This is my first pairing with Siam. Different styles of chemistry can be found in this pair. The story of the film is also very beautiful. I am requesting the viewers to come to cinema halls maintaining health guidelines due to ongoing corona pandemic.