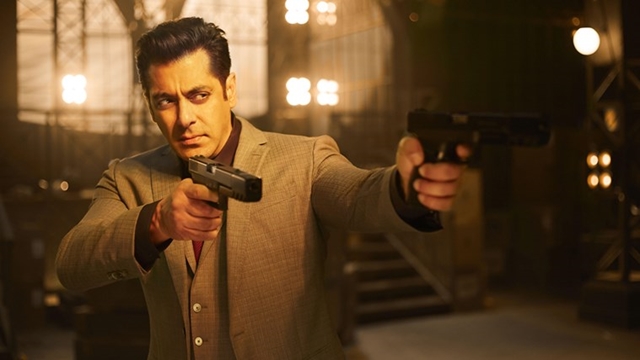 Salman Khan’s Race 3 is all set to cross the Rs 300 crores mark across the globe after a successful run of two weeks at the box office.

The action thriller film has collected Rs 170 crore at the domestic box office within two weeks of its run. In India alone, the film has emerged as the highest grossing film after of 2018 Padmaavat.

Apart from the incredible box office success, the Remo D’Souza directorial has fetched another Rs 200 crores from satellite, digital, music, and ancillary rights.

Despite receiving negative reception from fans and critics alike, the fans thronged the theatres to watch the action extravaganza. Race 3 has garnered an exceptional response in the mass centers, creating records as it still runs strong at the box office.

Interestingly, Race 3‘s collection proved out to the perfect reply for the trolls as the film became Salman’s 13th consecutive Rs 100 crore film, his fourth overall film to gross Rs 100 crore in the opening weekend and the fastest film to cross Rs 100 crore mark in 2018.

For the first time in his career Salman took the risk of distributing the film himself and has consequently reaped benefits. For the actor, Race 3 has turned out to be one of the biggest earners of his career as he not only co-produced the film but also distributed it.

Trade analyst Atul Mohan explains that Salman’s popularity, coupled with the extended weekend, helped rake in the moolah for the superstar.

Race 3 took the Race franchise to an all-time high with action a notch higher and suspense.

Undoubtedly Salman, who is known to treat his fans on Eid, has yet again showcased the power of his stardom with the massive success of Race 3.