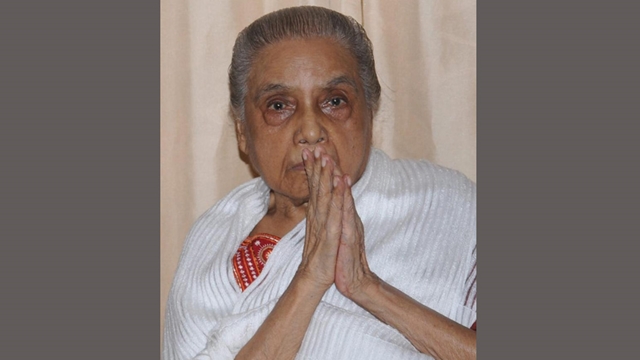 She was suffering from age related issues for the past few years, a spokesperson of Annapurna Devi Foundation, Mumbai said.

A Padma Bhushan awardee, Annapurna Devi was born in Madhya Pradesh's Maihar town to Ustad 'Baba' Allauddin Khan and Madina Begum. She was the youngest of four children, the spokesperson said.

Annapurna Devi was a disciple of her father whose inestimable contribution to Indian music resulted in the Senia-Maihar gharana. Her training started early when she was around five years old and she graduated from the sitar to her chosen instrument, the surbahar.

West Bengal Chief Minister Mamata Banerjee was one of the first politicians to condole her death.