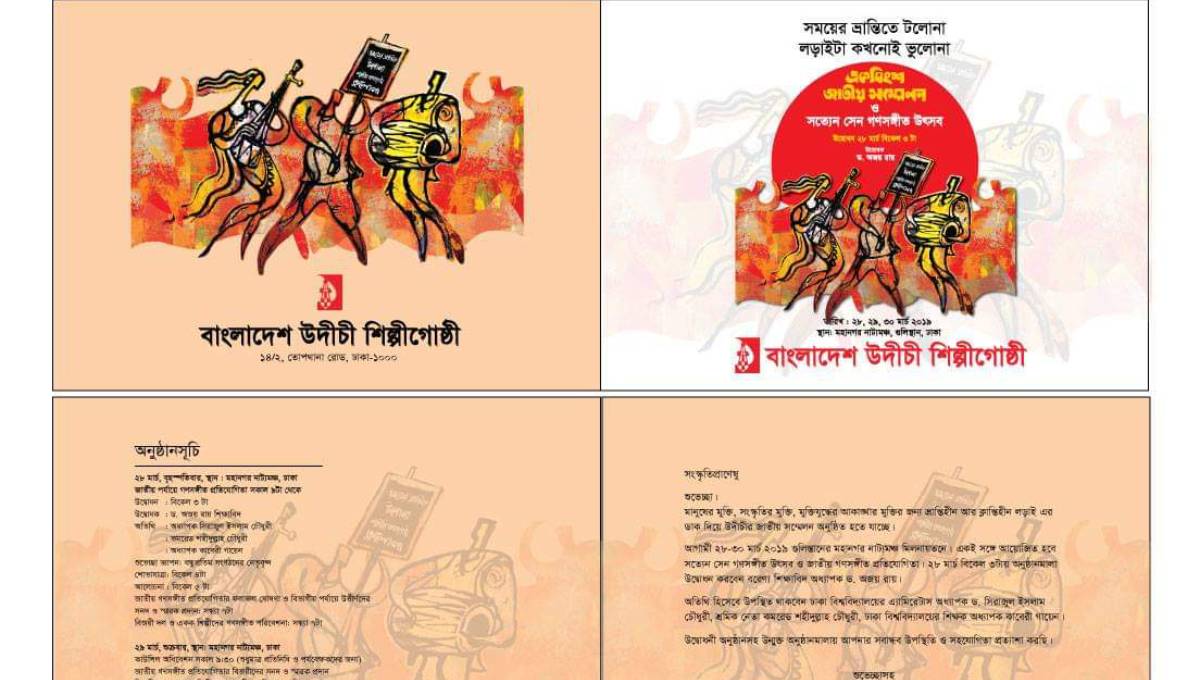 The 21st national council of Bangladesh Udichi Shilpigosthi and 10th Satyen Sen Ganosnageet Utsob will begin on Thursday in the city.

Detailed information about the three-day council and festival was recently disclosed at a press briefing at Dhaka Reporters Unity.

The organisational session of the council will be held on the first and second day while the new committee for the next two years will be announced on the final day.

A competition of Ganosangeet will be held as part of the Satyen Sen Chorus Song Festival.

On the inaugural day, 'Ranesh Das Gupta Jatiya Granthapath Pratijagita' awards will be handed over. Ranesh was one of the key founders of Udichi.

A book reading competition was held on January 12 across the country marking his birth anniversary.