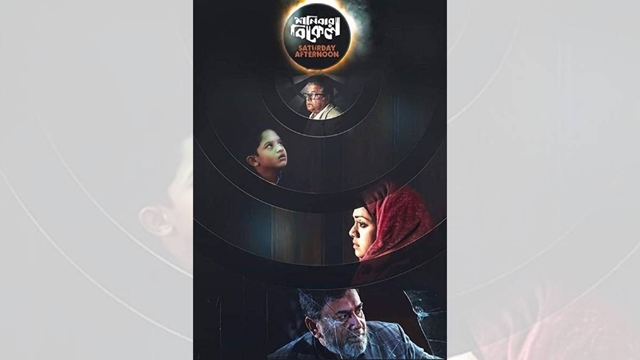 Mostofa Sarwar Farooki’s ‘Shonibar Bikel’ (Saturday Afternoon) is scheduled to be screened at the Sydney Film Festival 2019 at the Dendy Opera Cinema Hall.

The director and his wife, actress Nusrat Imroze Tisha, will leave Dhaka on June 9. They are scheduled to attend a question-answer session regarding this film.

Based on the Holy Artisan tragedy, this Bangladesh-Germany joint production has generated rave reviews even before its release.

“That is, however, not the main motive of director Farooki - rather his intention is to portray the humanity among people above social conflicts such as religion, race, cast and above terrorism.”

The film will be screened at Dendy Opera Quays Cinema 1 in East Circular Quay, Sydney on June 10 at 2pm and June 13 at 8pm (local time).