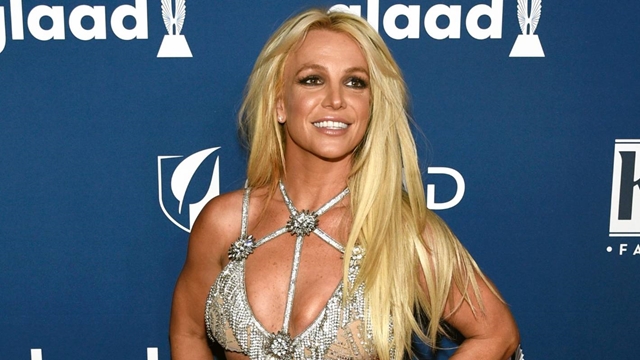 A Los Angeles judge will consider whether to extend a temporary restraining order Tuesday that keeps a former associate of Britney Spears away from her and her family.

Sam Lutfi, 44, a onetime Spears confidante who has said he once acted as the pop star's manager, was ordered on May 8 to stay at least 200 yards (183 meters) from Spears, her parents and her two sons, and to refrain from contacting or disparaging them. The order could be extended on Tuesday afternoon. Spears, 37, is unlikely to appear.

Lutfi was a major presence in Spears' life at the height of her fame, leading up to her public meltdown in 2008.

The petition Spears' attorneys filed for the order alleged Lutfi had been sending harassing and threatening texts to Spears' family and disparaging them on social media.

Lutfi's attorney Marc Gans said the restraining order if overly broad and violates his client's civil rights. Gans said he and Lutfi looked forward to fighting the order at the hearing.

It's the second time the family has received a restraining order against Lutfi, who has been in legal battles with them for a decade. He sued them in 2009, alleging Britney Spears had breached a contract with him, her father punched him and her mother defamed him in a memoir. The suit was settled in 2016.

The petition for the latest restraining order alleged that Lutfi's "unjustified interference in her life" threatens Spears' "safety and well-being" and have caused her "severe mental trauma" at a time when stress and the poor health of her father have prompted her to put her career on hold indefinitely.

It also alleges that Lutfi has sought to undermine the conservatorship that for 11 years has kept her affairs almost entirely under the control of her father.

The status means a judge is unlikely to require Spears to appear at Tuesday's hearing.

Conservatorships, known in many states as guardianships, are normally reserved for people with conditions far more severe than Spears, including those with dementia or in a coma.

But judges have allowed the arrangement to remain in place far longer than was expected when it was first imposed at a moment of crisis for Spears.

There have been signs the arrangement may change.

Spears made a rare appearance earlier this month at a status hearing on the conservatorship in a Los Angeles courtroom, along with father Jamie and mother Lynne. The courtroom was cleared and only those involved know what the three said, but a judge subsequently ordered an examination of the circumstances by a court official.

Jamie Spears, who has reportedly been in poor health though no specifics have been made public, earlier this week notified the court that he is seeking to extend the conservatorship from California to Louisiana, Hawaii and Florida.