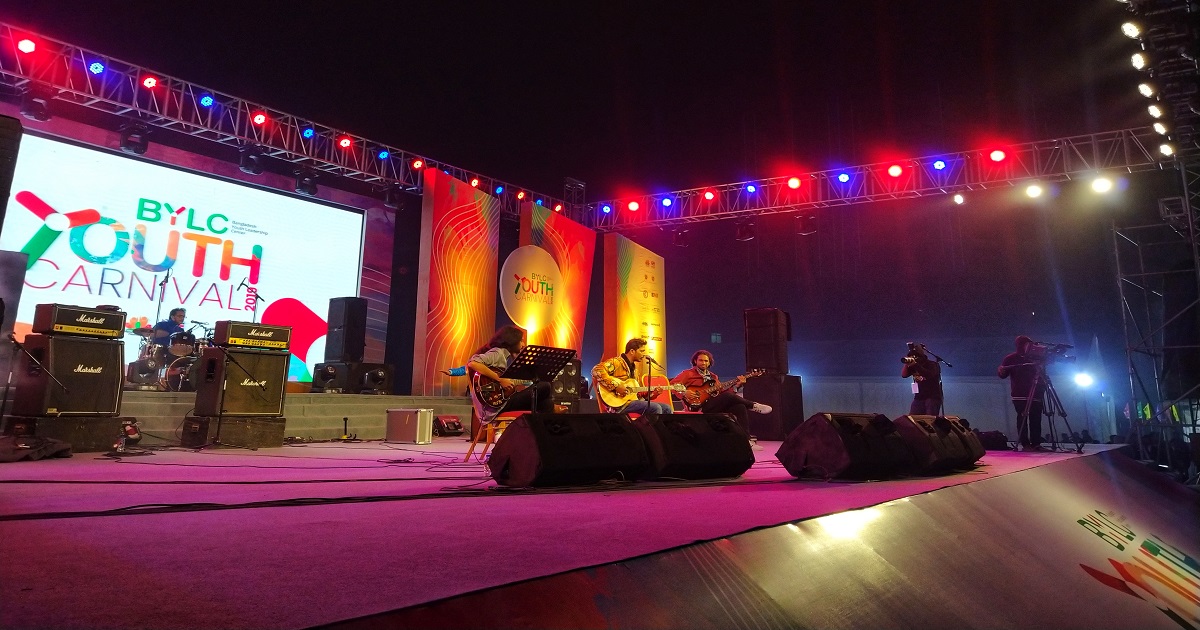 The opening day of the first-ever youth carnival of Bangladesh Youth Leadership Center (BYLC) saw a huge turnout on Friday when cultural performances and encouraging plenary sessions enthralled the attendees.

Popular singer Arnob, along with his musical troupe ‘Arnob & Friends’, Elita Karim and youth band Chitropot grooved the participants with their performances at the event held at Government College of Physical Education, Mohammadpur in the city on Friday.

“Despite the bone-chilling weather, we are amused to see these amazing performances. Our heartfelt gratitude goes to BYLC and the sponsors for the beautiful arrangement,” Tanha, a participant, told UNB.

Arnob praised the organisers as well, saying: “Institutions like BYLC is thriving our youth in the pathway of progress and that’s highly appreciable.”

The performances started in late afternoon with Chitropot, and then Elita Karim performed with her group which was followed by ‘Arnob & Friends’.

Earlier, exciting plenaries were held in the morning.

Exclusive exhibitions of photographs, cartoons and youth-based activities were showcased all-day-long at the venue by 50 organisations extensively working with youth.

The United News of Bangladesh (UNB), first fully digitilised wire service in South Asia, is the online media partner of this mega event.

Plenary 2, titled ‘steering youth away from crime and anti-social activities’ was then joined by former chief of Bangladesh Police AKM Shahidul Islam and BYLC’s Manager of Leadership Development and Teaching Almeer Ahsan Asif.

Founder and Chairman of SBK Tech Ventures and SBK Foundation and former Managing Director of Microsoft Bangladesh, Sonia Bashir Kabir shared her journey of success in an interesting session titled ‘Aiming for the stars: Fireside chat with Sonia Bashir Kabir’.

BYLC Youth Carnival 2019, organised in partnership with the Youth and Sports Ministry and NGO Affairs Bureau in collaboration with Manusher Jonno Foundation and UK Aid, will conclude on Saturday.