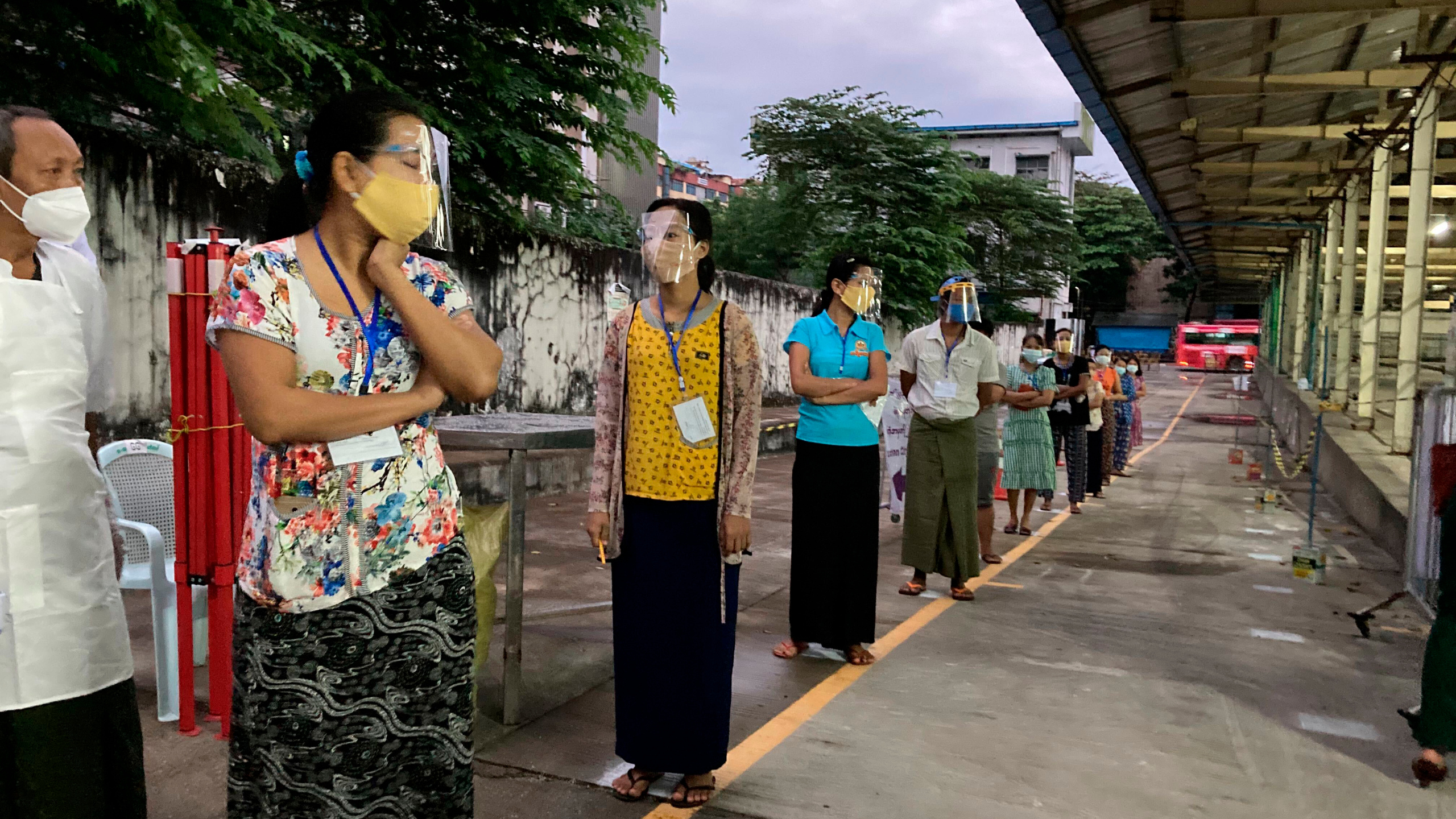 Myanmar kicked off its multi-party general elections on Sunday as over 37 million eligible voters went to polls across the country.

A total of 42,047 polling stations, which are being operated maintaining health precautions against the COVID-19 pandemic, opened at 6am local time.

Some 5,639 candidates, including from 87 political parties and 260 independent runners, are competing for 1,117 parliamentary seats in the elections, according to the Union Election Commission.

In the elections, the ruling National League for Democracy (NLD) party fielded 1,106 candidates, while the Union Solidarity and Development Party (USDP) had 1,089 to run for the parliamentary seats.

President U Win Myint and State Counsellor Aung San Suu Kyi are contesting seats for the House of Representatives (Lower House) and Vice President Henry Van Thio is representing Chin state's constituency for a seat in the House of Nationalities (Upper House).

U Than Htay, the chairman of USDP, is running for a seat in the House of Representatives (Lower House).

The Union Election Commission called off polls in 15 townships and 665 village tracts of Bago region, Kachin, Kayin, Mon, Rakhine, Shan and Chin states, citing that the areas do not meet a condition to hold free and fair elections.

Due to the cancellation of elections in the areas, the number of constituencies in the elections was reduced from 1,171 to 1,117, while the number of registered election candidates also decreased from 6,969 to 5,639.

A total of 8,858 observers from home and abroad are registered to monitor the elections.

The polling stations are arranged complying with preventive measures to mitigate transmission of the coronavirus.

Under the new normal, there will be no election centre set up to announce the results and the election results will begin to be released since Monday via state-run media, official websites and online platforms.

Counting of ballots will be done shortly in the presence of contesting candidates and observers after the polling stations close at 4 pm local time on Sunday.

Myanmar received about 75,000 advance votes by its citizens living abroad when the overseas advance voting closed on Oct. 26 while the number of local early votes reached about 3 million as of Nov 3.

A 60-day election campaign which began in early September concluded late Friday, two days ahead of the elections.

The 2020 general elections are the third election under the country's 2008 Constitution.

The general elections, held every five years, will choose representatives to the next term of the parliament which will further elect president and two vice presidents and form a new term of government.

According to the 2008 Constitution, besides the elected representatives, the military possesses 25 percent of non-elected parliamentary seats at each level of the legislative body, directly nominated by the Commander-in-Chief of the Defense Services.

The ruling NLD party won an absolute majority of parliamentary seats in the last general elections on Nov 8, 2015, and has been running the government since 2016.

The five-year term of the incumbent NLD government will end in March 2021.