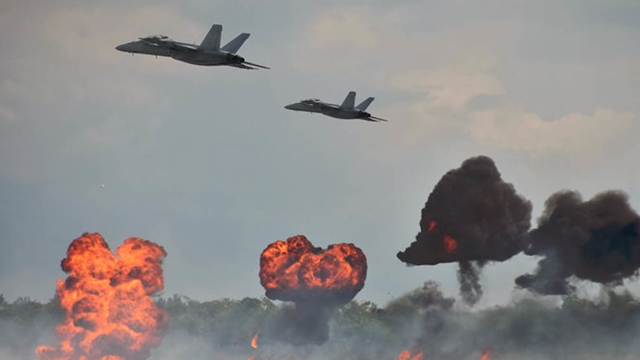 Russia and Syria say Israeli warplanes struck an air base in the Syrian province of Homs and that Syrian air defense systems shot down five of eight missiles fired.

The Interfax news agency cited the Russian Defence Ministry as saying Monday that two Israeli F-15 warplanes carried out strikes from Lebanese air space on the T-4 air base on Sunday.

Earlier; an early-morning strike on a Syrian government air base in the country’s centre killed 14 fighters, including Iranian forces allied to the regime, a monitoring group said on Monday.

“At least 14 fighters were killed in the strike on the T-4 airport, among them Iranian forces,” said the Syrian Observatory for Human Rights, an UK-based war monitor.

Syrian state media had earlier reported dead and wounded in the strike, without giving casualty figures.

Forces from regime allies Russia and Iran, as well as fighters from the Tehran-backed Lebanese Hezbollah militia, are known to have a presence there, said Observatory chief Rami Abdel Rahman.

The Observatory, which has a wide network of sources across war-ravaged Syria, said it could not confirm who carried out the attack on the T-4 base. 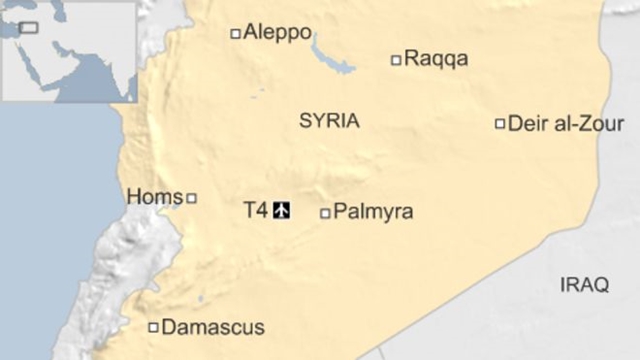 The state broadcaster said explosions were heard at the T-4 airfield near Homs and also known as the Tiyas airport, which is close to the ancient city of Palmyra in central Syria.

Earlier, Syrian state TV said there were casualties in what it said was a suspected US missile attack on a major air base in central Syria but the United States denied it had launched any air strikes against the country. 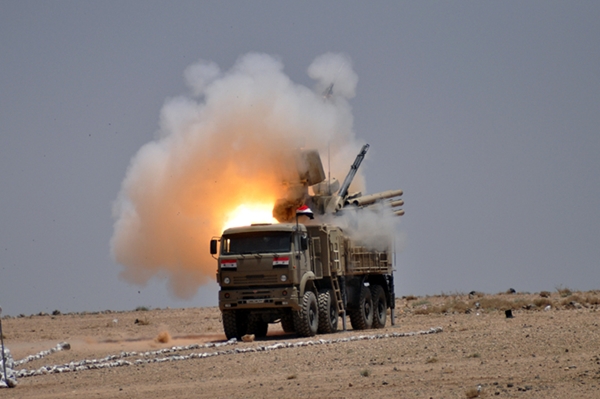 A Syrian military source was quoted as saying air defences shot down eight missiles fired at the base, where defence analysts say there are large deployments of Russian forces, and where jets fly regular sorties to strike rebel-held areas.

The state broadcaster said there were several dead and wounded, according to Reuters on Monday.

“An aggression was perpetrated on T-4 air base in several strikes that is most likely to be an American attack,” state television said in a news flash.

The US Pentagon said it was not conducting air strikes in Syria “at this time,” formally denying the Syrian state television report.

When asked about the explosions, an Israeli spokeswoman declined to comment.

Israel has struck Syrian army locations many times in the course of the conflict, hitting convoys and bases of Iranian-backed militias that fight alongside Syrian President Bashar al Assad’s forces.

US President Donald Trump said earlier on Sunday there would be a “big price to pay” after medical aid groups reported dozens of civilians, including many children and women, were killed by poison gas in a besieged rebel-held town.

The United States launched a cruise missile strike on a Syrian air base a year ago in response to the killing of dozens of civilians in a sarin gas attack in an opposition-held town in northwest Syria. The gas attack was blamed on Assad.

The US missile strike was against a Syrian air base which Washington said was used to launch the strike.