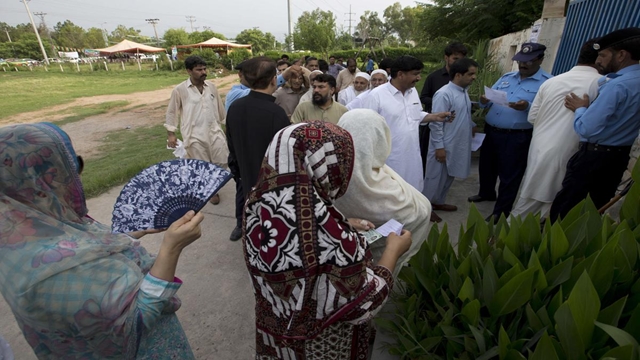 Sharif, the younger brother of disgraced ex-prime minister Nawaz Sharif, took over the ruling Pakistan Muslim League last year after his brother was found guilty of corruption. The ex-prime minister has since been sentenced to 10 years in jail, which he is serving while appealing the conviction.

The younger Sharif stood in line waiting his turn to enter the polling booth. In Pakistan, a candidate can run for elections in multiple seats. If the candidate wins more than one seat, a by-election will be held as a person can represent only one constituency.