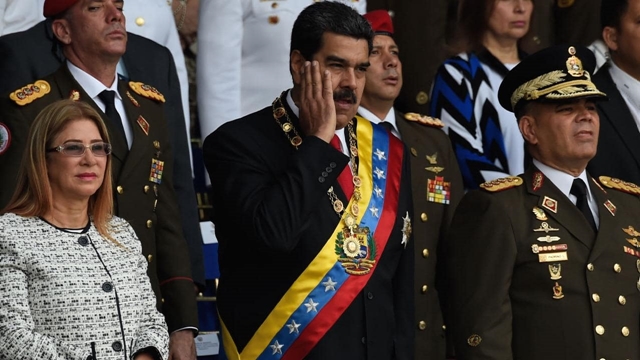 Venezuelan President Nicolas Maduro survived an apparent assassination attempt Saturday after several drones armed with explosives flew toward him during a speech at a military parade.

Live footage of the event showed him suddenly looking up startled mid-speech, while beside him his wife, Cilia Flores, winces after a loud bang.
Dozens of soldiers are also seen scattering during the event to commemorate the 81st anniversary of the Venezuelan national guard in the capital of Caracas.
Seven members of the national guard were hurt during the attack, which the president blamed on far-right elements and Colombia's outgoing president, Juan Manuel Santos.
A Colombian presidential source told CNN that Maduro's accusations were "baseless."
"I'm alive and victorious," Maduro said in a national television address hours after what he described as an assassination attempt. 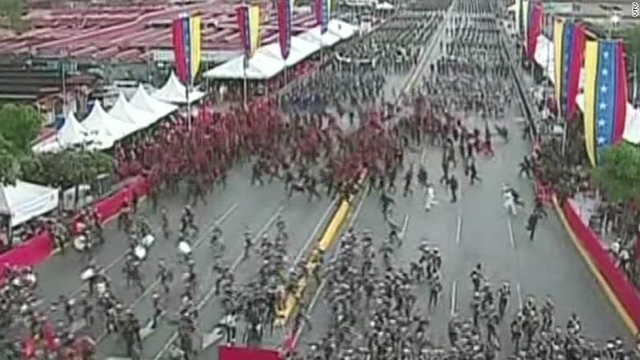 The president added that there were two explosions, seconds apart, and that he initially thought they were fireworks as part of the military parade.
Venezuela's Minister of Communication, Jorge Rodriguez, said preliminary information showed the explosions came from several "drone-type flying devices" containing explosive charges that detonated in the vicinity of the presidential stage and in some areas of the parade.
A photo posted on Twitter by Freddy Nanez, head of the Venezuelan state run news channel VTV, shows bodyguards shielding Maduro following the explosions. 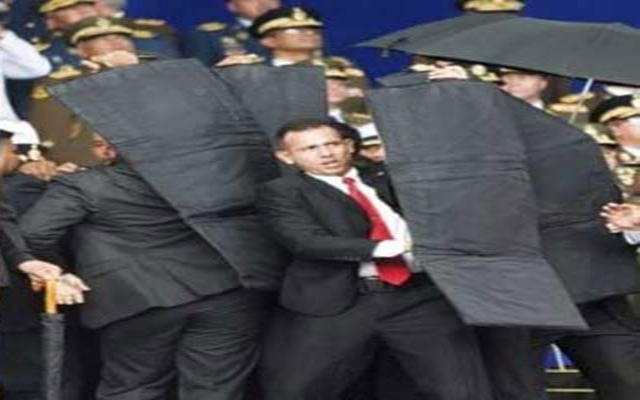