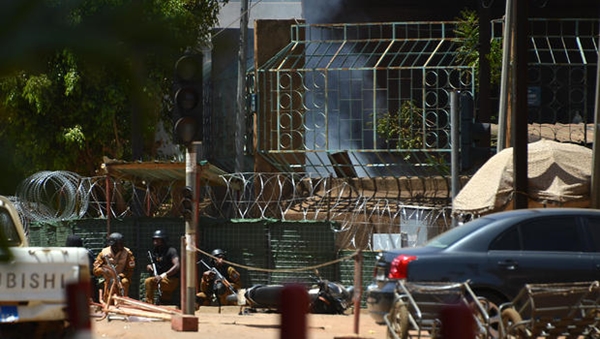 An armed group on Friday attacked the French embassy in Burkina Faso and the country’s military headquarters, the government said, adding that six assailants had been killed.

The coordinated operation underscored the fragility of the Sahel nation, one of a string of African states struggling with a bloody jihadist insurgency.

Heavy gunfire broke out mid-morning in the centre of the capital Ouagadougou, an AFP reporter heard. 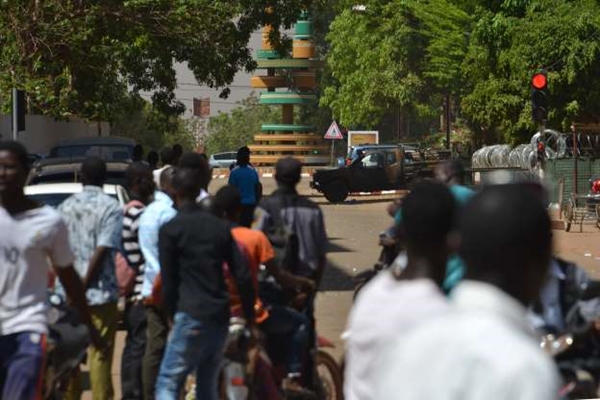 Witnesses said five armed men got out of a car and opened fire on passersby before heading towards the French embassy. The car was later seen ablaze.

At the same time, an explosion occurred near the headquarters of the Burkinabe armed forces and the French cultural centre, which are located about a kilometre (half a mile) from the site of the first attack, other witnesses said.

In a statement, the government said the attack was “aimed at the French embassy in Burkina Faso and the armed forces headquarters.”

The government had announced that six assailants had been killed -- four in the embassy attack and two in the second attack -- while state TV said seven members of the security forces had also died.

“Special units of the defence and security forces have been deployed,” it said, adding that a complete toll was not immediately available. 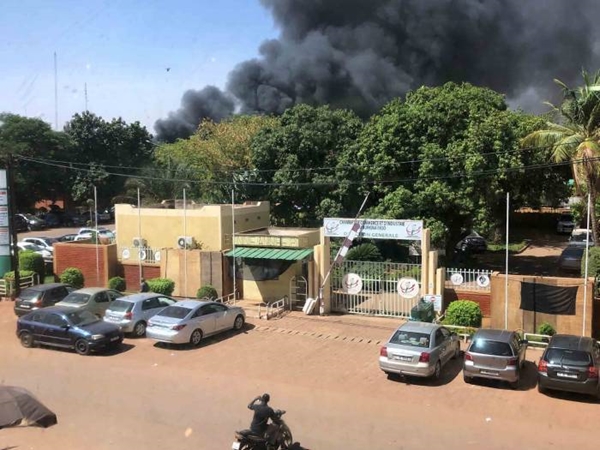 In Paris, a French government source described the situation as “under control.” President Emmanuel Macron’s office said the French leader was “being informed in real time” of the situation.

Burkina Faso is one of a group of fragile countries on the southern rim of the Sahara that are battling jihadist groups.

The insurgency has caused thousands of deaths, prompted tens of thousands to flee their homes and dealt crippling blows to economies that are already among the poorest in the world.

On January 15 2016, 30 people, including six Canadians and five Europeans, were killed in a jihadist attack on a hotel and restaurant in the city centre.

Responsibility was claimed by a group called Al-Qaeda in the Islamic Maghreb (AQIM).

On February 21, two membes of the French counter-terrorism force were killed by a landmine near Mali’s border with Niger and Burkina Faso. Twelve French troops have been killed since the campaign, called Operation Barkhane, was launched in August 2014.

The United Nations also has a 12,000-strong peacekeeping force in Mali called MINUSMA, which has taken heavy casualties. Four UN peacekeepers were killed by a mine blast on Wednesday in the centre of the country.

In a separate development on Friday, the specialist US website SITE, which monitors jihadist activity, said kidnappers had released a video of a 75-year-old French hostage, Sophie Petronin, who had been abducted in northern Mali in late 2016.

Petronin, who had been running an association helping Malian orphans, appears in poor health in the brief video.

Her kidnapping, hitherto unclaimed, was carried out by the “Support Group for Islam and Muslims.” In the background, Macron’s voice is heard on a loop, saying “I will protect you"