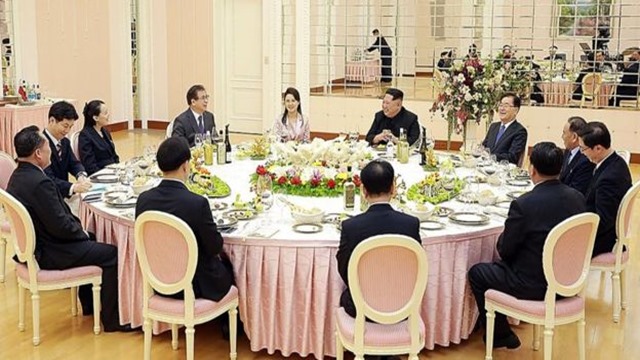 The report follows a rare visit to Pyongyang by senior South Korean officials, who had dinner with the normally reclusive leader.

They are the first officials from Seoul to meet Mr Kim since he came to power.

It’s part of a fast-moving wave of rapprochement on the Korean peninsula surrounding the Winter Olympics. 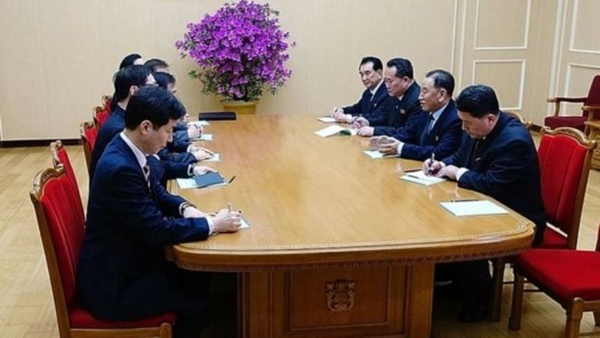 South Korea has only commented briefly on the meeting, saying the two sides had reached a “satisfactory agreement” on holding future talks.

The delegation is expected to visit Washington later this week to brief US officials on their talks in the North.

The US has said it is “cautiously optimistic” about improving North-South contacts, but ruled out formal talks with Pyongyang unless it is ready to give up its nuclear weapons. Throughout the Olympics the US maintained that North Korean gestures of rapprochement would carry little weight without such a commitment.

Kim Jong-un has met very few foreign officials since he became leader in 2011 and the last time envoys from the South visited Pyongyang was in 2007.

So the sight of a southern delegation smiling, shaking hands and sitting down for dinner with him is significant.

They were aiming to capitalise on the reduced tensions after the Games, which saw the Koreas march together under a single flag.

The hope is that future formal talks will break the diplomatic standoff between the US and North Korea and persuade North Korea to abandon its nuclear weapons, something it has fiercely resisted despite ever-increasing punitive sanctions. 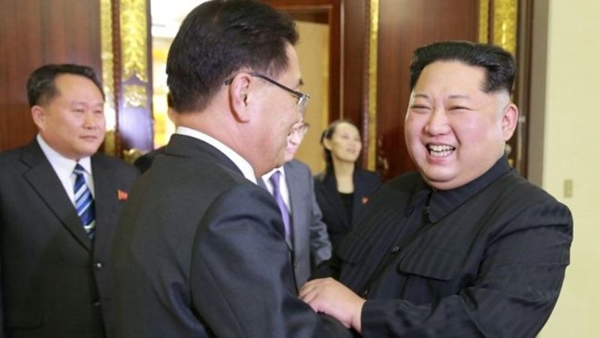 The North’s KCNA news agency said Mr Kim had “warmly welcomed” the delegates and held an “openhearted talk” with them.

They passed on a letter from South Korean President Moon Jae-in in which he invited Mr Kim to attend further talks.

KCNA said Mr Kim had “exchanged views and made a satisfactory agreement” on the letter and gave orders for it to be acted on. 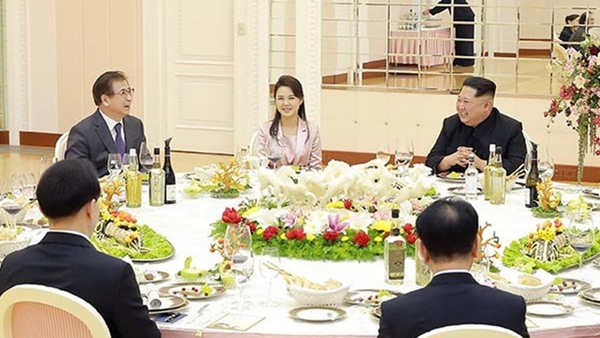 The dinner, which lasted four hours, also featured Ri Sol-ju, Mr Kim’s wife who rarely appears at official events, and his sister Kim Yo-jong, who was part of a North Korean delegation to the Pyeongchang Olympics.

The South’s response to the apparently cordial meeting is likely to remain muted until the delegates return to Seoul.

Officials have stressed the talks were only preliminary but the parties had “somewhat shared” views on some issues.

When asked whether nuclear disarmament had been discussed, a senior officials from Mr Moon’s office said “I assume so”.