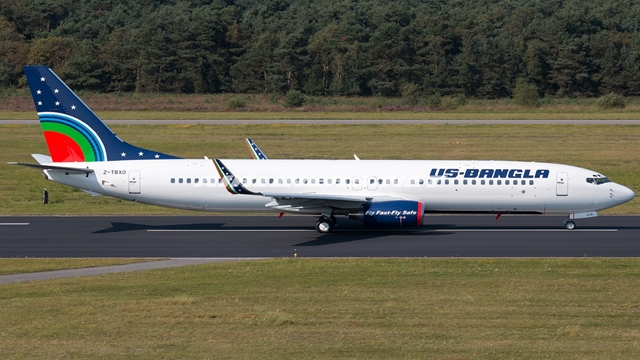 Barely two weeks in the tragic plane crash in Nepal, a Malaysia-bound flight of US-Bangla Airlines made an emergency landing at Hazrat Shahjalal International Airport on Saturday.

When contacted, US-Bangla Airlines GM (Marketing Support and PR) Kamrul Islam said a flight with 164 passengers on board took off from the airport around 9:00 am. It came back and landed at the airport at 9:15 am as its pilot received a ‘false indication’ from the aircraft.

However, after check-up, the flight took off from the airport for Malaysia around 11:45 am, he added.

The flight was BS315 and the plane was a Boeing 737. All the passengers and crew members are reportedly safe, said the official seeking anonymity.

Earlier on March 12, at least 49 people, including 26 Bangladeshi nationals, were killed as a US-Bangla Airlines aircraft crashed and burst into flames at Tribhuvan International Airport in the capital of Himalayan county Nepal on March 12.

Besides, a Jessore-bound US-Bangla Airlines flight made a safe emergency landing in Dhaka due to signal imbalance after take-off on March 4.