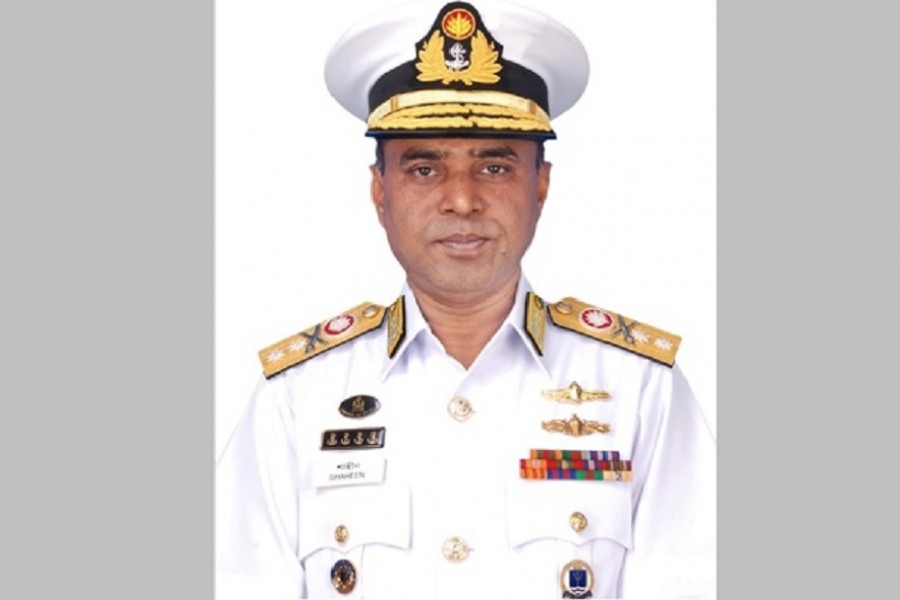 The government has appointed Mohammed Shaheen Iqbal as the chief of Bangladesh Navy by promoting him to the rank of vice-admiral from rear admiral.

His appointment will be effective for three years from Jul 25, the government said in a notice on Saturday.

During his service career, Shaheen attended various courses at home and abroad. He did specialization on "Anti Submarine Warfare" from India. He successfully completed "Officers' Weapon Course" in SI&T, Sylhet and "International Surface Warfare Course" in USA, according to the Bangladesh Institute of Maritime Research and Development (BIMRAD).

He received commendation from Chief of Naval Staff for outstanding performance in professional courses.

Rear Admiral Shaheen Iqbal was a proud "Blue Flag" bearer as a member of UN Guard Contingent in Iraq from 15 November 1997 to 09 February 1999.