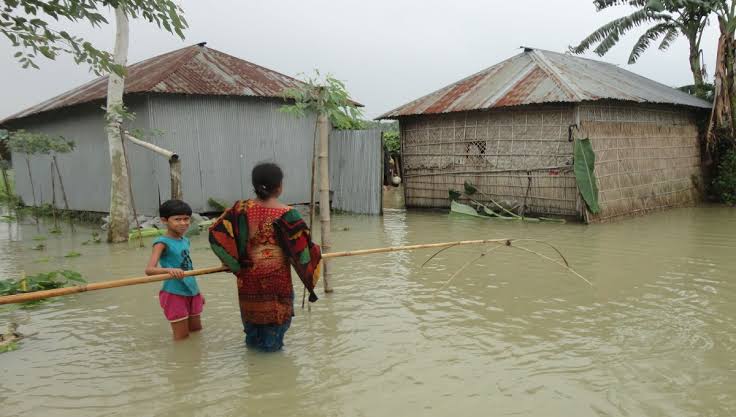 There have been 59 reported incidents of corruption in relief distribution across the country in various projects, State Minister for Disaster Management and Relief Md Enamur Rahman has said.

“I’ve heard about 59 incidents of relief irregularities, fraud and corruption. We’ve verified them...each of the accused has been arrested, prosecuted and the trial is ongoing. With these measures, corruption or irregularities have marked a fall,” he said.

The State Minister also said the irregularities were identified in projects like open market sale (OMS) of rice at Tk 10 per kg, soybean oil sale from TCB and the VGD food aid programme under the Ministry of Women and Children Affairs.

He said over five crore people have been provided with relief so far.

“From March 26 to June 11, we provided food aid to unemployed people. One crore and 25 lakh families have been added to a database for distributing relief. More than five crore people have received relief support there,” Enamur said.

“One secretary has been assigned to monitor relief distribution in every district. The disaster management committee is working at the district, upazila, union and ward levels with local representatives, MPs, ministers, UP chairmen, Awami League leaders, civil society members and NGO representatives,” the state minister added.

As huge people have been enlisted for relief distribution, there is no scope nepotism or abusing the party identity, he said.

He said that authorities are receiving daily reports from the disaster management committee on the allocation and distribution of relief materials. “So, there’s no chance of corruption there.”

Enamur described the reason behind the prolonged flood, causing waterlogging in three phases.

After receiving information in advance about the floods, the Deputy Commissioners of the soon-to-be affected districts were instructed to get ready to deal with it. “We particularly asked them to prepare shelters and ensure health rules there. As soon as the floods hit, we sent relief materials to the flood-affected districts,” the state minister said.

Authorities have also set up six committees from the ministry to look into disaster management and relief activities.

Some 300 bundles of corrugated tin-sheet for repairing houses and Tk 9,00,000 for house construction have been given to the flood-affected population alongside providing 1,06,000 metric tons of VGF rice.

Out of 54,73,639 flood-affected people, the minister mentioned, only the extreme poor are presently receiving the aid which is not enough.

Enamur said most of the flood-hit people are not turning up at the shelters. “We’ve opened 1,452 shelters which now accommodate 69,494 people. However, the number of people trapped in the flood waters is over 54 lakh. Not everyone wants to leave home in a bid to protect their belongings,” he said.

It may take till the second week of August for the water to recede from all the flood-hit places.

According to official data, the water level may rise again due to rains towards the end of monsoon although it will not cross the danger level.

The state minister assured all that the flood victims will be rehabilitated as soon as authorities receive the report on damages caused by the floods.

“We’ve decided to keep helping the victims for 14 days even after the water recedes. Corrugated tin-sheet and money will be provided to those whose houses have been damaged.” Enamur added.