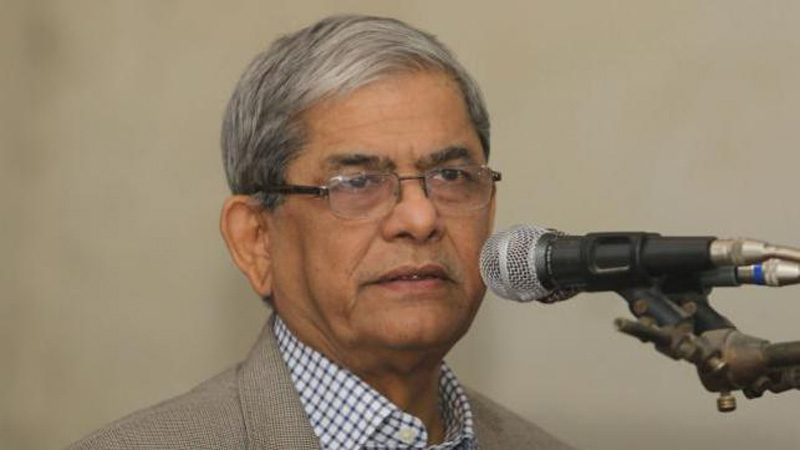 BNP on Sunday decided to join the upcoming the Khulna and Gazipur city polls billed for May 15 as part of its movement for restoration of people’s ‘voting and other rights’.

“At our joint meeting, we decided to join the upcoming Khulna and Gazipur city polls as part of our movement for keeping the democratic process and restoration of people’s rights,” he told reporters after the meeting.

The BNP leader said they have also taken the decision to join the polls to intensify their movement for having their chairperson Khaleda Zia freed from jail.

However, Fakhrul voiced doubt whether the city polls will be held in a free and fair manner.

He said their party thinks there is no proper democratic environment in the country for holding a fair election as the government is not allowing the opposition parties to hold rallies and meetings, and exercise their other democratic and constitutional rights.

“Under such circumstances, we have strong doubt how much the election will be effective and meaningful,” the BNP leader said.

Asked whether they have finalised their party’s mayoral candidates for the city polls, he said their party standing committee members in consultation with party acting chairman Tarique Rahman will decide it later.

On Saturday, Chief Election Commissioner KM Nurul Huda announced that the elections to Gazipur and Khulna city corporations will be held on May 15.

According to the election schedule, the deadline for the submission of nomination papers is April 12, while the dates for scrutinising those are April 15 and 16, and the last date for withdrawal of candidature is April 23.

BNP sources said the party will join the polls with a target to retain two mayoral posts and thus demonstrate its popularity and boost the morale of its followers ahead of the next general election.

A BNP standing committee member, wishing anonymity, said the two existing mayors may not get party nomination this time.

“It’s almost sure Hasanuzzaman Sarkar will be given party nomination to vie for the mayoral post in the Gazipur polls as its current mayor MA Mannan is sick,” he said..

But, the BNP leader said there are differences of opinion about changing the mayoral candidate in Khulna city. “Local leaders want Shafiqul Alam Mona to be made the party candidate in Khulna while some senior leaders favours current mayor Moniruzzaman Moni.”