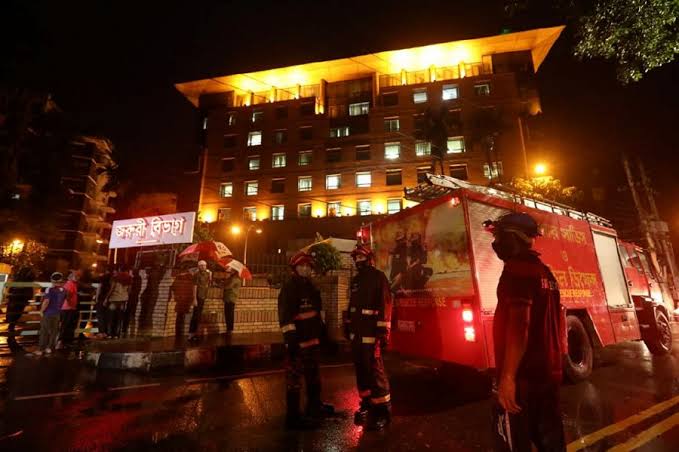 The High Court on Monday ordered the authorities of United Hospital to pay within 15 days Tk 30 lakh each to the families of four out of five victims killed in a fire at the hospital on May 27.

The HC bench of Justice JBM Hassan and Justice Md Khairul Alam passed the order after hearing a writ petition.

It also issued a rule asking the government to explain why directives should not be given to the authorities concerned to provide Tk 15 crore to the families of the victims as compensation.

Earlier on July 14, last year, the HC directed the hospital authorities to pay the four victims Tk 30 lakh as compensation.

The Appellate Division on August 20, last year, extended the stay order on a High Court directive that had asked to pay Tk 30 lakh to each of the families of four out of five victims killed in a fire at United Hospital in the capital on May 27.

A six-member bench, led by the Chief Justice Syed Mahmud Hossain, passed the order after hearing an appeal filed by the hospital authorities.

The court did not issue any order over the family of Monir Hossain, who was also killed in the fire, as they settled the matter through out-of-court negotiations with the hospital authorities.

On May 27, 2020, a fire broke out at the coronavirus isolation unit of the United Hospital that killed four men and one woman.

A case was filed against the hospital authorities with Gulshan Police Station on charge of "death by negligence".