PM for further research to expand market of agro products 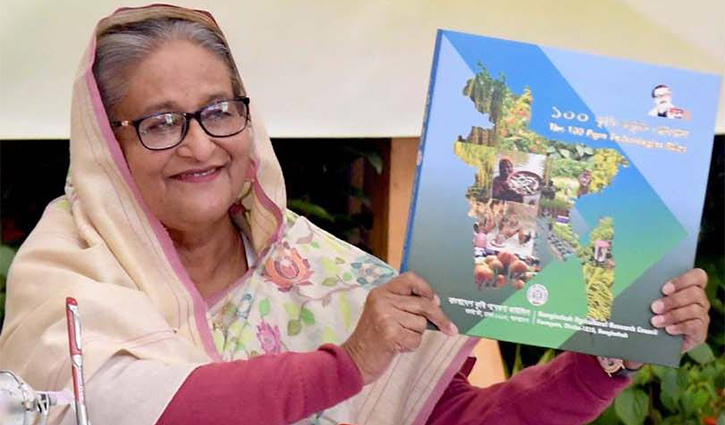 Prime Minister Sheikh Hasina on Thursday asked agricultural scientists to conduct further research over local fruits and agricultural items to expand the market for those.

The Prime Minister unwrapped the cover of the Atlas and then addressed the event held at Bangabandhu International Conference Centre through a videoconference from her official residence Ganobhaban.

Sheikh Hasina said the retirement age in government services has appeared a problem for those who are engaged in research.

"We need to do something for agricultural scientists. We want to give them more incentives," she said asking the authorities concerned to place proposals over how the incentives can be given to the scientists.

Noting that the government is giving importance to agriculture, she said they want to give more scopes for agricultural researchers.

The Prime Minister asked the researchers to prepare the crop zoning map identifying the high-yielding zones of different crops across the country.

A documentary over the 100 agricultural technologies was screened at the function. Agricultural scientists, divisional commissioners, deputy commissioners and field-level agriculture officers were connected with the virtual function.