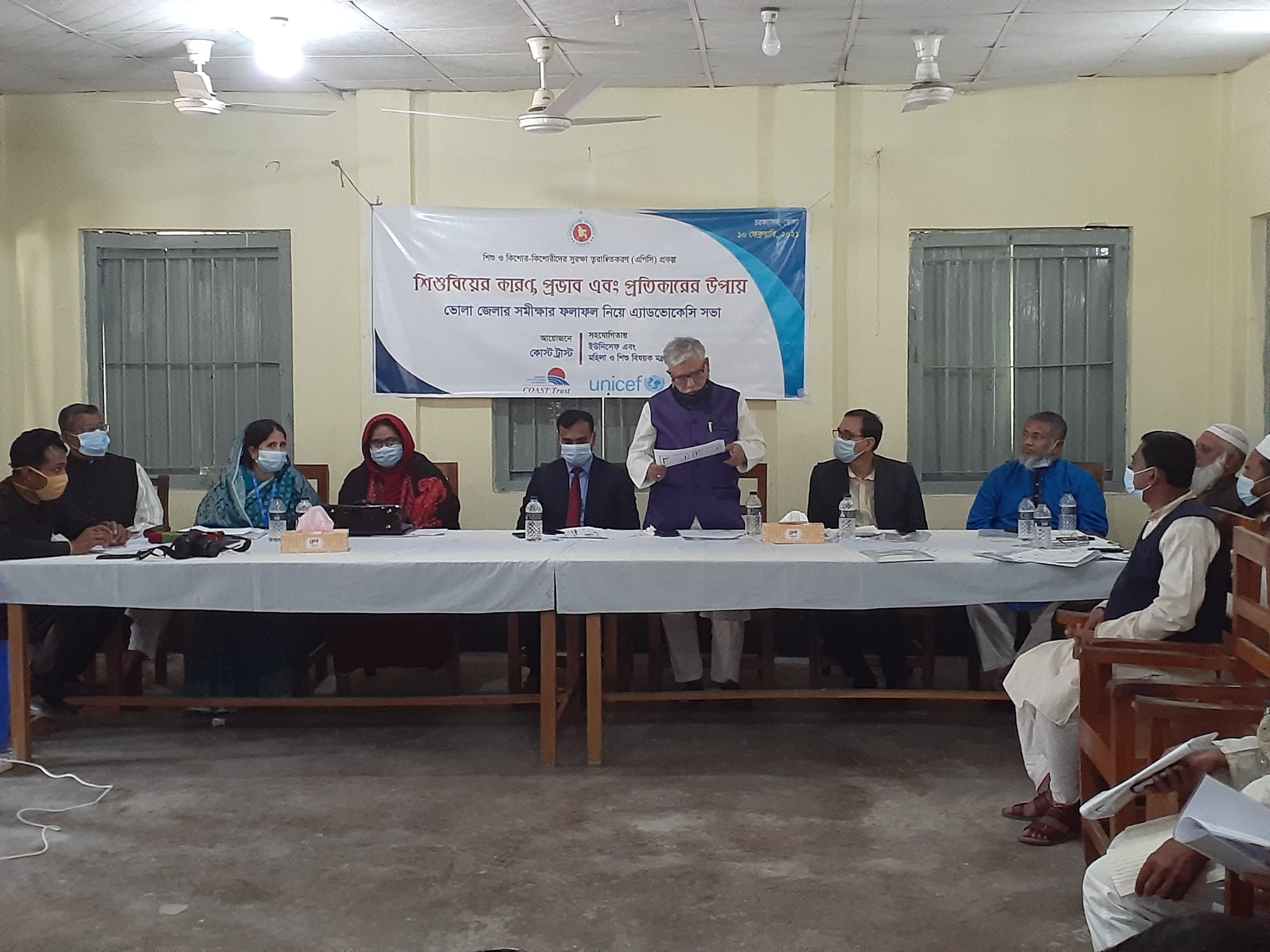 Today an advocacy meeting was organized by COAST Trust at Charfashion Upazilla in Bhola. The title of the meeting was “Child Marriage, it’s reason, impact and prevention measures” and support for Unicef and MoWCA.

Findings showed that safety and security were the main reason behind child marriage in Bhola.

He urged not to perform marriage registry by representatives of a Kazi.

Ramandra Nath Bishwas said, most cases were filed due to violence against women. Reducing child marriage will reduce number of such cases.

The study covered all the upazillas for data collection. Among the respondents, 57.1% were female and 42.9% were male.

COAST Trust conducted the study from 25 October to 31 December, 2020 to know why the child marriage rates are higher in Bhola and its impact in life.

According to the study, 63.6% respondents found love and affairs are the main reason for child marriage. Besides 41.6% cited safety and security the reason, 41% said adolescents can do misconduct and considering the family honor the child marriage happens. Good match said 47.8%. Lack of awareness said 44.9% and poverty is the reason said 50.9%.

Study also found that 37.8% respondents have no idea of age 18 is considered as children and marriage between 15-17 are considered by many as is not a child marriage. Parents, who married off their daughter at early age do not want to admit in public. COVID-19 has impact in child marriage said 21.7%, no impact said 39.5% and don’t know said 38.7%.