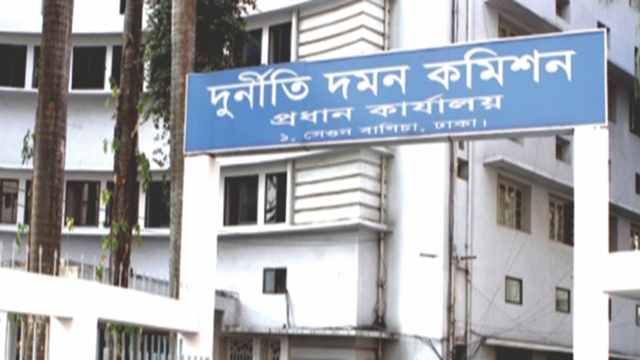 The Anti-Corruption Committee (ACC) is conducting extensive monitoring and evaluation of its activities to ensure transparency and accountability of its officials and employees to stop internal corruption.

"We are committed to stop internal corruption of the ACC with ensuring transparency and accountability of its officials and employees and none of them will be spared if anyone is found involved in corruption," ACC Commissioner (enquiry) Dr Nasiruddin Ahmed said.

The monitoring and evaluation branch of the lone anti-graft body is conducting short and in-depth inspections into its every offices and the branch regularly to ensure transparency and accountability of its staff, he added.

A permanent Internal Corruption Prevention Committee which was formed headed by its chairman in accordance with section 19 (1) of the Anti-Corruption Commission Rules, 2007 has been relentlessly working to consistently monitor, supervise, enquire and investigate into any allegation against its staff.

The committee has been entrusted with the task of making recommendations for taking legal and departmental actions against it staff after conducting proper enquiry into the allegations. "One official of the commission received major punishment while two other minor punishment in 2017 as per the recommendations of the committee," deputy director (public relations) Pranab Kumar Bhattacharjee said.

The major punishment includes dismissal from services, forced retirement and demotion to lower level of salary scale while the minor punishment is withholding of promotion and salary increment for a certain period.

In accordance with the report of Transparency International Bangladesh (TIB), the major concern with regard to ACC's accountability and oversight is the lack of any external oversight mechanism.

"Although there are instances where the commission assigned another government agency to investigate into corruption allegation against one of its officials in 2011 and based on the investigation, charge-sheet against the officer was submitted, it is not a regular practice," it also said.