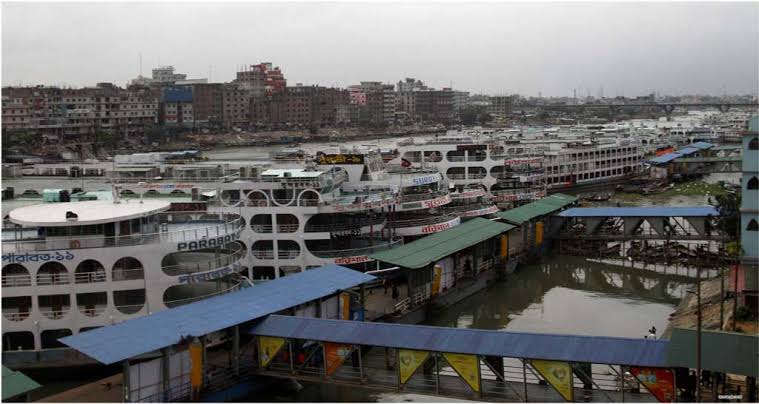 Owners have cut fares and the number of launches on the Barishal-Dhaka route as a large portion of passengers has shunned the waterway after the opening of the Padma Bridge, which made the journey quicker.

Staffers, along with the owners, believe many passengers would return to “more comfortable” launch trips once the hype over the newly opened bridge wears out.

Travelling on second-class seats now cost Tk 100 to Tk 200 less than before, said launch officials who hope they will be able to sell tickets at regular prices again soon.

“[Prices dropped] because the number of passengers went down by half. We arrived at Barishal with only about 300 passengers on Thursday [Jun 30]. Everyone is interested in travelling through the Padma Bridge now despite it costing it a bit more,” Babul said.

Dipu Mia, an employee at Surabhi-9, said the number of passengers on the launch slipped to one-third of what it had been before the opening of the bridge a week ago.

“Single-cabin passengers are now travelling on buses. It takes just three hours. So why should they wait for five hours?”

Babul Sharif, an official at Barishal launch terminal, said seven launches would travel on the route every day.

How the owners are supposed to run these vessels if the spending surpasses the income, he wonders.

“Around 500 to 700 passengers used to travel on the decks before. In contrast, just 200 people made the trip on Friday. The fares have also been cut. But the expenses remain the same.”

The owners and officials, however, are in keen wait to see what sort of rush occurs during Eid-ul-Azha.

The owners will hold a meeting after Eid to bring the passengers back to the launches, said Sharif. “Different steps will be planned in that meeting.”

The owners are not frustrated over the lack of passengers.

Saidur Rahman Rintu, vice president of the central committee of the Bangladesh Launch Owners Association and the owner of the Sundarban launch, said, “The number of passengers has dropped a bit and the fares have been reduced for business purposes, but it’s not an issue.

“The number of passengers will go down in the first couple of months [since Padma Bridge opening]. But it will return to normal later.”

He said, “It's easier for families and friends to travel on launches with luggage than on buses. I am positive that the passengers will return to launches.”

Saidur said a special service will be opened three days before Eid when 15-17 vessels will be ready to ferry passengers from Dhaka. There are plans for such a service during the return journey after Eid as well.

“There will be fewer passengers due to the Padma Bridge this time around. We can already see that. We can’t really estimate how many passengers we’ll get during Eid. Let’s see what happens.”

Saidur said although they are now charging lower than the government-fixed fares, regular ticket prices will return for Eid trips.