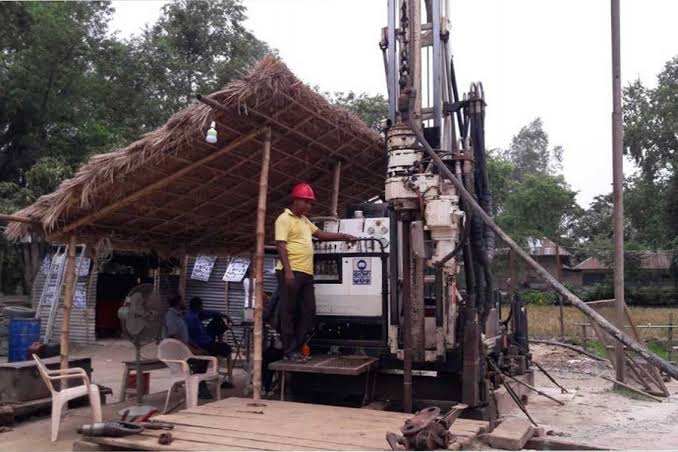 The government has taken steps to develop the iron ore mine discovered for the first time at Hakimpur upazila in Dinajpur district.

As part of the process, German company-DMT Consulting Limited-will soon start preliminary study for the development of the Iron Ore Deposit.

Earlier, the Geological Survey of Bangladesh (GSB) discovered the iron-rich rock mine at Alihat area of Hakimpur upazila in Dinajpur, assuming that the mine covering 5 square kilometer area is primarily a home to reserves of 625 million tons of iron ore.

The depth of the iron ore-rich rocks found in the mine is 426 to 548 meters while percentage of iron ore in the rock layer is 50 percent. The average thick of these rock layers is 68 meter.