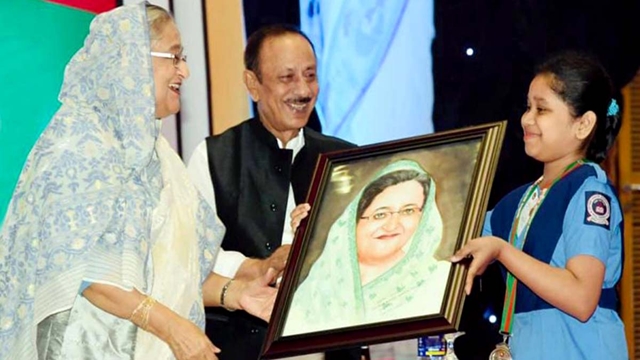 Piasa Sarkar’s dream of presenting a portrait of Prime Minister Sheikh Hasina to her (the premier) has become true as the class five student of Tangail could do it finally.

“Piasa Sarkar, a female student of class five at Jubaida Government Primary School in Tangail Sadar, today fulfilled her dream by presenting the portrait to the prime minister at a function in the city yesterday,” PM’s Deputy Press Secretary Ashraful Alam Khokan told.

Piasa took the opportunity at the inaugural function of the National Primary Education Week at Bangabandhu International Conference Center (BICC) where she was one of the 108 ‘Primary Education Medal’ winners, Khokan said.

The PM’s deputy press secretary said Piasa, who is an expert in painting, got awards at the national level competition on painting.

Bangabandhu’s daughter Sheikh Hasina is her dream personality. “She (Piasa) drew the portrait of Sheikh Hasina after a relentless effort for two and a half months,” Khokan said.

“My daughter’s only aim was to present the portrait to Sheikh Hasina and her dream has been fulfilled at last,” said Taposhi Rani Sarker, proud mother of Piasa.

Khokan said Piasa and her parent came to Dhaka with the portrait three days before to join the National Primary Education Week.

Despite making massive efforts, they could not get any scope to present the portrait to the prime minister as they were told by the security personnel that no additional thing will be allowed at the venue.

Being frustrated, Piasa along with her mother came to the venue at the BICC this morning, while her father Shangkar Chandra Sarkar waited outside the centre with the paper-wrapped portrait.

They decided that they will go to Tangail with the portrait yesterday afternoon when the mother and daughter come out of the venue after ending of the function.

The courage of the 11-year-old child, whose dream personality is Bangabandhu’s daughter Sheikh Hasina, is not less. When her name was called, Piasa received the award from the prime minister.

Listening to Piasa’s words, the prime minister immediately instructed her personal staff to bring the portrait. The PM’s staff then contacted with Piasa’s father taking his phone number from the child.

They brought Piasa’s father inside the venue along with the portrait and Piasa handed over the portrait to the prime minister at the last moment of the function.

Khokan said when he talked to Piasa’s parent in the afternoon they already reached Tangail. They said Piasa was weeping at that moment because of fulfilment of her dream. 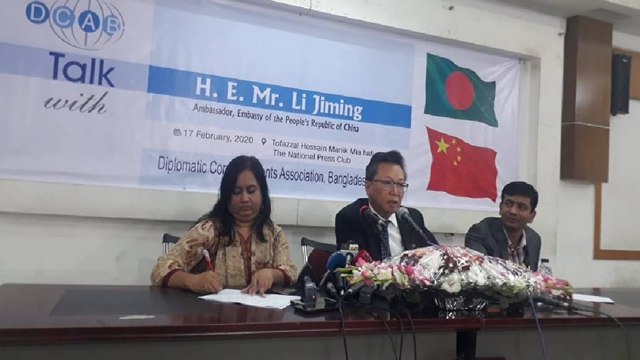 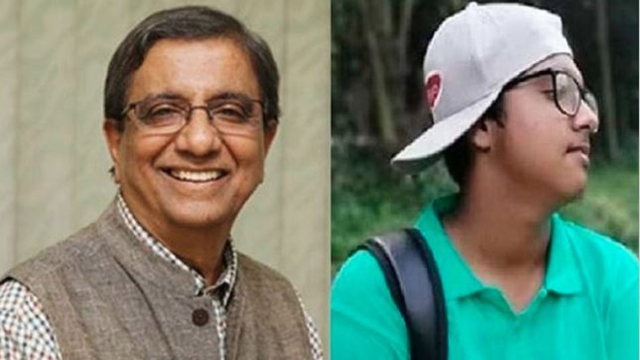 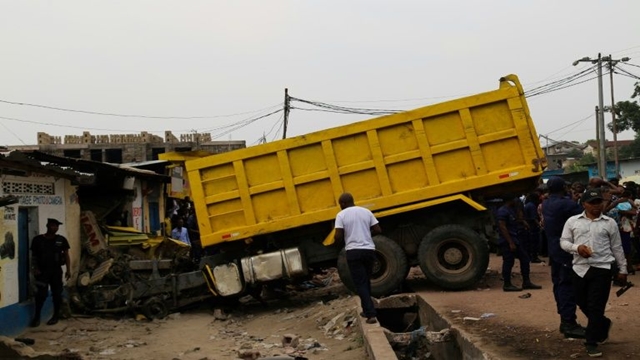 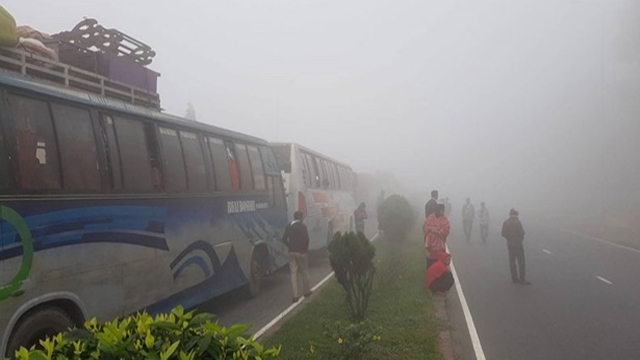 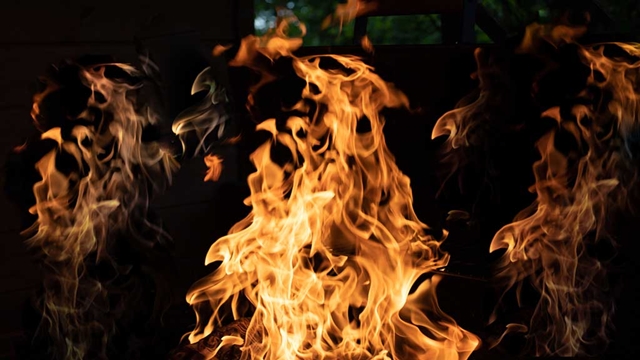