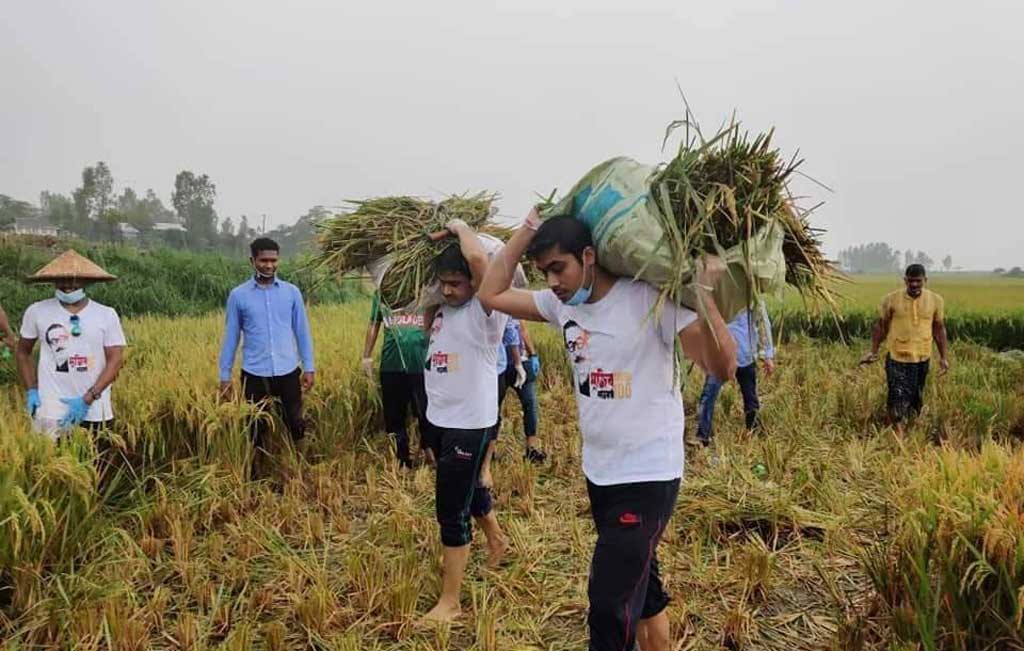 Paddy farmers across the country have started suffering from acute shortage of farm labour to harvest their hard earned produce as the lack of public transport, triggered by the ongoing shutdown to rein in coronavirus, has confined labourers to their homes.

To relieve farmers of this labour crisis, leaders and activists of Bangladesh Chhatra League (BCL), the Awami League student body, have started lending a hand to rice farmers in harvesting the produce across the country.

BCL Munshiganj district unit president Foisal Mridha said they came forward to help the helpless and poor farmers as per the directives of the central unit. "We will continue this task."

Speaking on the initiative, BCL president Al-Nahean Khan Joy said: “We have instructed all our units across the country to help farmers as they are suffering from labour shortages.”

“Our unit leaders and activists are trying their level best to assist our agricultural sector."

“We will continue harvesting in the fields until the coronavirus crisis ends,” he added. 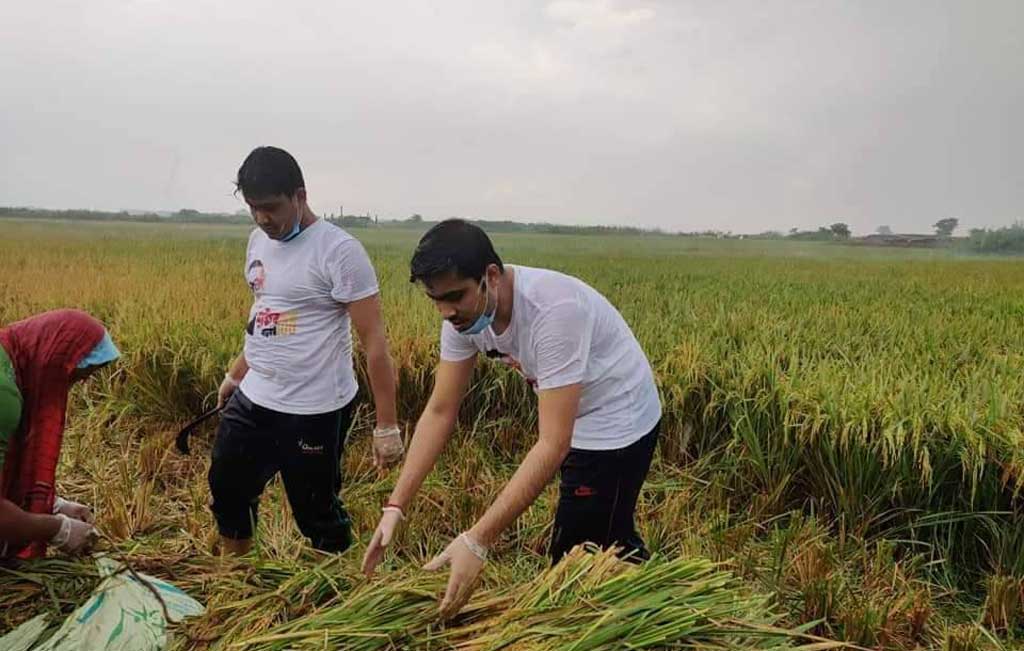 Meanwhile, BCL leaders and activists in many districts are helping farmers with harvesting Boro paddy as reported by our correspondents in the last three days.

In Gopalganj, Kotalipara Chhatra League harvested paddy in Chitra para Beel, which was lauded by farmers as they are suffering from a shortage of farm workers.

In Khagrachhari, a group of activists led by Panchhari upazila unit Chhatra League harvested around 80 decimal of land in Moratila area.

In Khulna, activists and leaders of Khulna city joined farmers to harvest paddy in the Doulpur area of the city.

In Naogaon, a team of 35 activists, led by District BCL president Sabbir Rahman Rezvi, started harvesting paddy for poor farmers in the district.