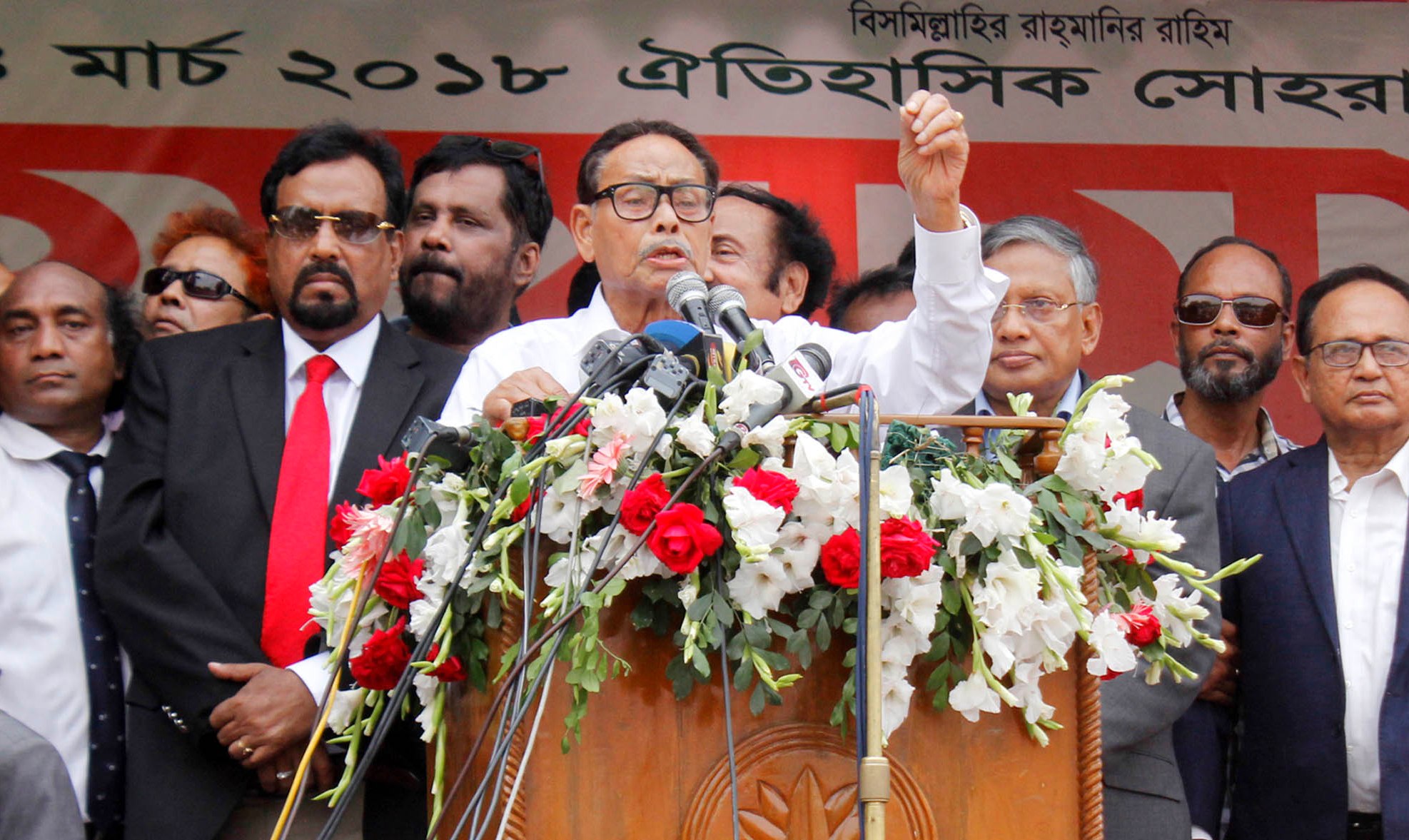 However, the JaPa chief also proposed that the polls-time government can be formed with the representatives of the political parties present in the current parliament.

HM Ershad made the remarks while addressing a grand rally of Jatiya Party held at Suhrawardy Udyan in the capital on Saturday.

Claiming that there is no peace and security in the country, the JaPa chief opined that the country is headed towards destruction.

HM Ershad further said that if the next general election is held in a fair manner, his party will go to power and protect the nation from destruction.