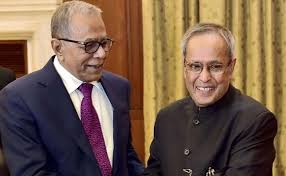 “He (Mukherjee) was a sincere and real friend of our country,” President Hamid said in a condolence statement on Monday particularly recalling his 1971 role in mobilising international supports for Bangladesh’s independence.

The President said Mukherjee’s role had worked in quickening the final victory in the Liberation War.

“His (Pranab) death is really an irreparable loss to the political arena in the subcontinent,” President Hamid added.

The head of the state prayed for salvation of the departed soul and conveyed deep sympathy to the bereaved family members.