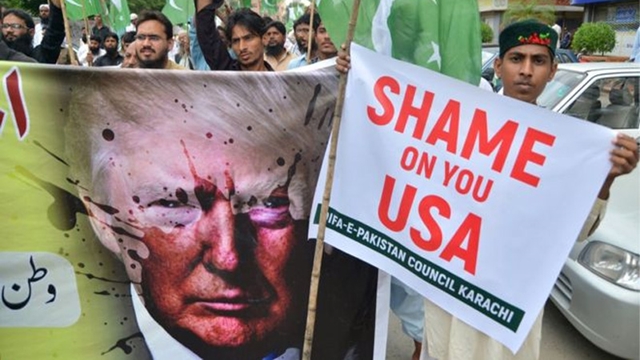 The Pentagon said it would no longer tolerate Pakistan's "lack of actions" when it comes to dealing with militant groups. The latest decision to strip funds comes ahead of a high level visit to the country.

The United States confirmed on Saturday it was cancelling its so-called Coalition Support Funds (CDF) package for Pakistan, due to Islamabad's perceived failure to act against militant groups in the country.

The Pentagon's decision to scrap the $300 million package comes after the Trump administration said at the beginning of the year that it was suspending aid payments to Pakistan due to its supposed "lies and deceit."

The US has long been pushing Pakistan to crack down on terrorist groups and militant safe havens in the country. However, on Saturday Lieutenant Colonel Kone Faulkner of the Pentagon said America was cutting aid in response to Islamabad's lack of "decisive actions."

"Due to a lack of Pakistani decisive actions in support of the South Asia Strategy the remaining $300 million (€260 million) was reprogrammed ... for other urgent priorities," Faulkner said in a statement.

The Defense Department "is awaiting congressional determination on whether this reprogramming request will be approved or denied," Faulkner added. 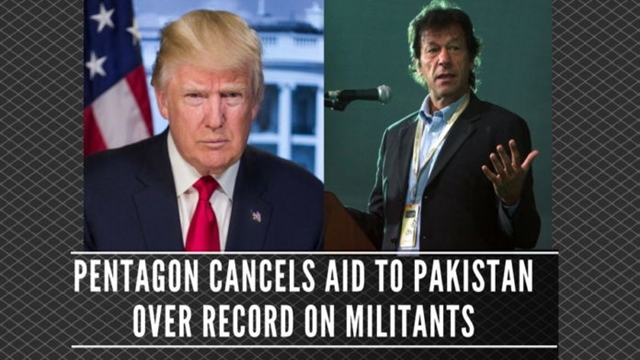 Although Pakistan has fought a number of bloody campaigns against Islamist militants on its home soil, Washington has long accused it of ignoring or even collaborating with terror groups that attack Afghanistan from supposed safe havens.

The White House has openly stated that it believes Pakistan's Inter-Services Intelligence agency has been funding the Taliban, both for ideological reasons and in a bid to counter India's rising influence in Afghanistan.

Those fears prompted former US President Barack Obama to authorize a spate of drone strikes targeting supposed safe havens in Pakistan. Obama also sent US commandos in Pakistan to kill al Qaida leader and 9/11 mastermind Osama bin Laden in his hideout in Abbottabad.

Pakistan has always denied ever officially granting safe havens to any insurgent group waging war against US troops in the region.

Saturday's announcement marks the latest deterioration in ties between Washington and Islamabad. Faulkner pointed out that Congress had already stripped some $500 million in CDF from Pakistan earlier this year, bringing the total amount of withheld funds to $800 million.

Tensions between the two sides have only heightened on the back of Imran Khan's election as Pakistan's new prime minister in July. Khan has long opposed the US' open-ended presence in neighboring Afghanistan. In his victory speech, he indicated that he would seek "mutually beneficial" relations with Washington.

The Pentagon's disclosure comes ahead of a planned visit by Secretary of State Mike Pompeo and top US military officer Joseph Dunford to the Islamabad next week. Continuing the fight against regional militants should remain the "primary part of the discussion." Pompeo told reporters early last week.

Pakistan has received some $33 billion in US aid since 2002, some $14 billion of which has reportedly gone towards reimbursing costs incurred by Pakistan in its support of the US-led counter insurgency in Afghanistan.