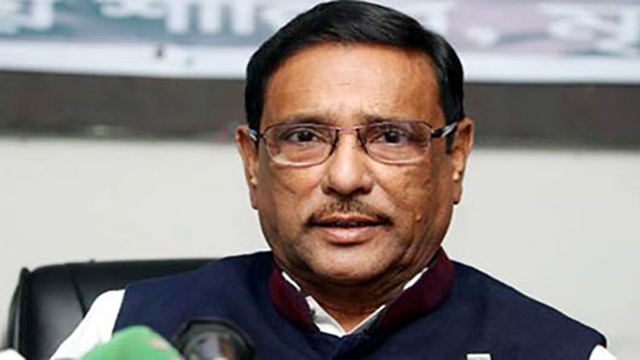 Urging party members to stand beside the committed activists, Road Transport and Bridges Minister Obaidul Quader today said the party would not be survived if the dedicated activists are ignored.

“Please don’t make committee with the opportunists and let stand beside
the devoted, ailing and insolvent activists,” he said while talking to
reporters after visiting the construction works of PPP Project of Dhaka
Elevated Expressway in Kawla area near Hazart Shahjalal International Airport
here.

Quader, also General Secretary of ruling Awami League, said it is mockery
that a section is dubbing the elected government as illegal.

The minister uttered, “Court has already declared the birth of party of
those people, who are terming the incumbent elected government ‘illegal’, as
illegitimate.

The minister said Awami League is not an opportunist’s party. “Please work
for the interest of the party,” he added.

About the AL youths activists, Quader said there is no alternative to add
fresh members for the party.