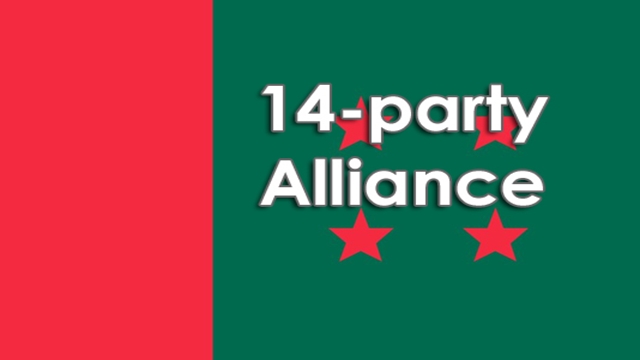 The 14-party alliance today called for bringing NGO worker Priya Saha to justice immediately for making fabricated remarks and blatant lies to US President Donald Trump about repression on minority communities in Bangladesh.

In a statement, 14-party spokesperson and Awami League Presidium member Mohammed Nasim said a sedition case should be lodged against Priya Saha.

The incident of her telling lies about Bangladesh’s internal affairs and the quarter which instigated her to do so should be unmasked, he said.

The 14-party spokesperson urged the home and foreign ministers to take effective steps to this end.

He said evil cliques provoked Priya Saha to make such derogatory remarks about Bangladesh with an ulterior motive of harming the existing excellent ties between Bangladesh and the USA and tarnishing the image of the country’s elected government.

Nasim said it is well-known to the world community that Bangladesh is a country of communal harmony. Dhaka has set a unique example of communal harmony before the world that people of all communities are living and performing their respective religions peacefully here, he added.

He extended his thanks to US Ambassador in Dhaka Earl R. Miller for his immediate protest against the Priya Saha’s complaints.