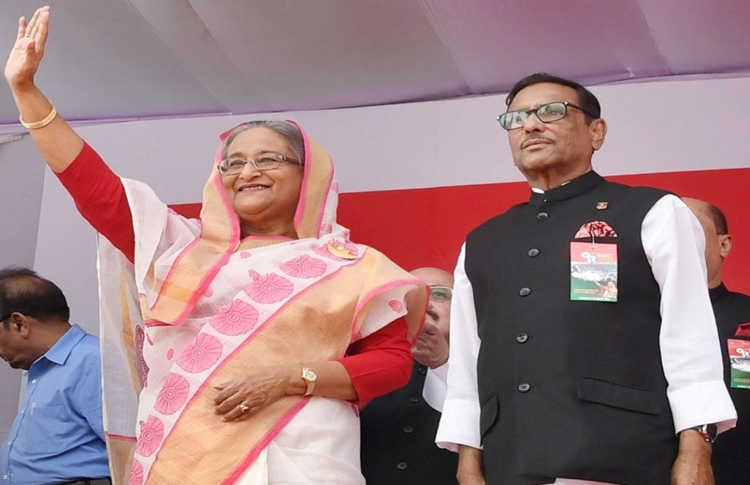 All the rumours and speculations that dominated the air centring the new leadership of the ruling Awami League evaporated Saturday afternoon after the 21st national council unanimously re-elected party chief Sheikh Hasina as its president and Obaidul Quader as general secretary.

Thousands of party supporters and councillors hailed the two top leaders after the election.

The ruling party chose the new leadership for the next three years on Saturday, the second day of its council, at the session held at the Institute of Engineers, Bangladesh (IEB).

Joint General Secretary Jahangir Kabir Nanak proposed Quader as his successor, which was supported by another GS Abdur Rahman.

The ruling Awami League is the country's oldest political party.